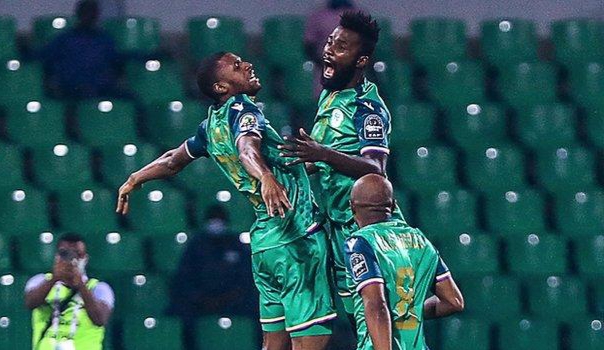 Ghana suffered a humiliating defeat in their final group game on Tuesday night, which has seen them crash out of the ongoing Africa Cup of Nations (AFCON) in Cameroon.

The black Stars were stunned by debutants Comoros, who kept their hopes of advancing alive by clinching a 3-2 victory over the four-time champions.

Ghana finished the game with 10 men after Andre Ayew was shown a straight red card.

The result will go down as one of the greatest shocks in AFCON history as Ghana suffered their first group-stage exit in the competition since 2006.

Comoros, ranked 132nd in the world, now have a chance to reach the knockout stages as one of four best-ranked third-placed sides.

Meanwhile, the other teams in the group B, Gabon and Morocco both progressed automatically after playing a 2-2 draw on Tuesday.

Morocco, with two wins earlier, topped the group on seven points while Gabon finished as runners-up on five points.

Dortmund knocked out of German Cup by second division side, St Pauli