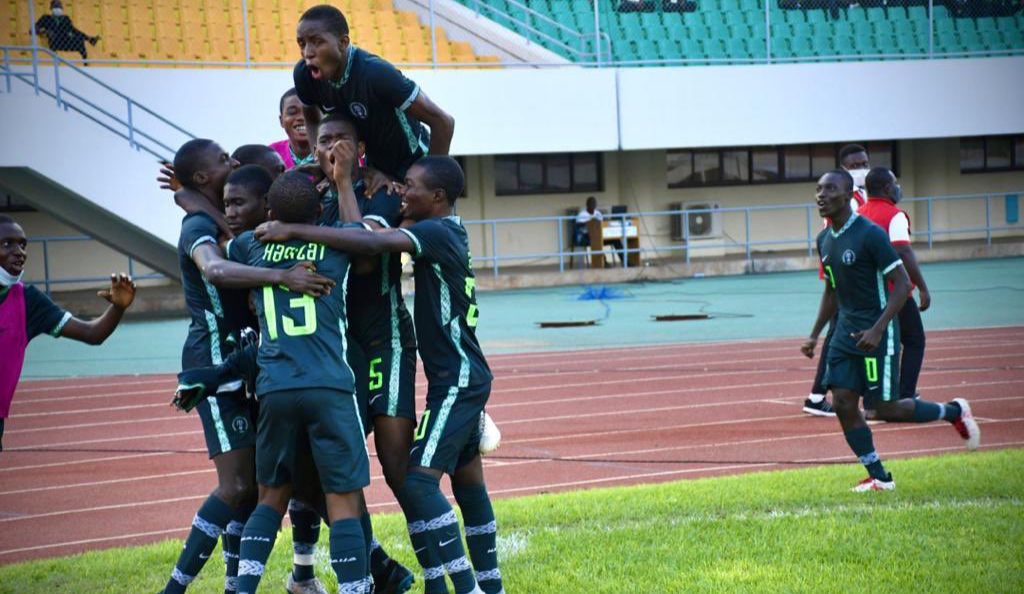 Nigeria’s Golden Eaglets have reached the final of the WAFU B Tourney after beating Burkina Faso in the semifinal on Friday evening.

Making it to the final of the tournament in Lome, Togo also means that the Fatai Amoo team have just secured their ticket to the U-17 Africa Cup of Nations (AFCON) holding later this year.

The Eaglets had began their campaign on a losing note to Cote d’Ivoire, falling 1-0 to the Baby Elephants before being held to a 1-1 draw by Ghana in their second group game.

Despite failed chances to seal a win at the tournament, the team successfully reached the semifinal stage with a superior goal difference over Ghana, who lost 3-1 to Cote d’Ivoire in group B.

Having advanced, the five-time world champions battled Burkina Faso and came out on top with a 1-0 victory as they stand a win away from clinching the regional trophy.

A Michael Emmanuel Papo goal in the 77th was enough to hand Nigeria the win.

The Golden Eaglets will face either Cote d’Ivoire or Niger in the final of the competition on Monday.