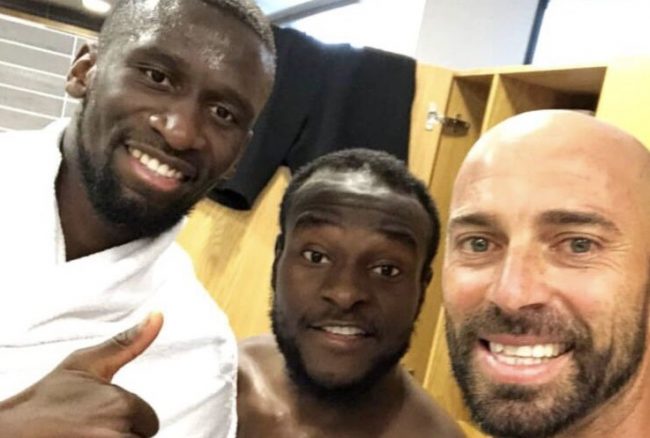 Super Eagles winger Victor Moses has returned to his club Chelsea after representing Nigeria at the 2018 FIFA World Cup in Russia this summer.

Moses, who played in all three group matches with the Eagles and scored one goal against Argentina, says it feels good to be back at the club, as he trains ahead of pre-season games.

He posted a picture of himself alongside Antonio Rudiger and Willy Caballero on Sunday on his Twitter handle with a caption: “Good to be back with the lads today 💪🏿 #Chelsea #CFC.”

Moses helped Antonio Conte’s side to secure the English FA Cup title in May after they finished 5th in the league, missing a Champions League spot for this season.

He will however be working under a new boss Maurizio Sarri who replaced Conte as coach of the team some days ago.

Chelsea are currently in Australia for pre-season and will face Perth Glory in their first game on Monday.

The London club will kick off their Premier League campaign on August 11 when they face Huddersfield Town away from home.