Governor Zulum: This Is Not Your War! | Ripples Nigeria 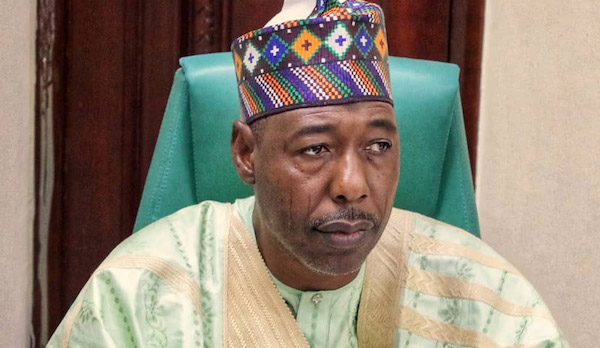 The Governor of the embattled state of Borno, Prof. Babagana Umara Zulum, is a perfect gentleman who knows that the task before him, past and present, is intimidating enough. He knew that the city of Maiduguri in particular and Borno state in general represented a war zone before deciding to seek gubernatorial power. And now that he is in power he must taste the ‘fragrance’ of war for all it is worth.

So nothing could have happened (attacks by Boko Haram terrorists, failed multiple assassination attempts on his life and generalised insecurity) that should be said to be surprising to him. He must have prepared himself for the ‘worst’ given the fact that his state is an endangered one.

Since his emergence as Governor on May 29, 2019 the APC Chief Executive has had to endure many security challenges posed by the roaming BH jihadists. The 51-year old Governor has demonstrated his leadership qualities at troubling times.

Unlike his predecessors (including the alleged BH godfather, Ali Modu Sherrif) Zulum presents the picture of a professional politician out to change the narrative in terms of mission and solidarity with the led, his people.

Close to two years on the saddle Zulum radiates the smugness of a man who believes he has something to offer which others lack. The unbridled savagery of the multifaceted islamic insurgency has brought out the best or ‘worst’ in him.

The recent massacre that occured in Zabarmari community in Jere Local Government Area of the state had brought to the fore, yet again, the dilemma facing the people: remaining at home afraid of BH or venturing out for food and risking death.

“One of our recommendations as possible solutions to end the insurgency is the immediate recruitment of our youths into military and paramilitary services to complement the efforts of the Nigerian forces,” the Governor had said following the Zabarmari massacre. He even suggested the recruitment of mercenaries in their thousands to clear the Sambissa forest.

Good idea but what makes Gov. Zulum think that once the notorious Sambissa jungle is cleared then Boko Haram or terrorism in general would be a thing of the past? We doubt it.

Among the 36 states’ Governors in Nigeria Babagana Zulum seems to be navigating a murky waters infested with ‘sharks’ and ‘whales’. He lives dangerously albeit executively.

But despite the daunting security situation he shows no atom of fear. This intrepidity in the face of terror manifests itself in his dogged determination to deliver where others had failed.

Boko Haram and other terrorist organizations in Nigeria thrive on sowing fear and doubt in the minds of the potential victims. Their modus operandi consists of crude aggression, bloodletting and psychological intimidation.

Read also: The blood on Lekki Toll Plaza and the bloodied Borno

Governing a state reputed globally to be one of the most terrorized enclaves in Africa and living in Maiduguri, a city terrorized and ruled by arms means that no one dared be in Zulum’s place. Yet he ‘soldiers’ on suffering direct and indirect attacks. His saving grace had been his smart decision to travel with helicopters.

Terrorism has festered over time up north because of failure of leadership at the state and federal levels. Those folks being recruited to join the swelling ranks of terrorists could not have been easy targets for membership had they been given sound education, gainful employment and hope for a better future.

Alas, Nigeria ‘kills’ dreams and massacres her youths, the leaders of tomorrow! She provides little or no avenue for survival and happiness.

The federal military hierarchy are making money from the Boko Haram terrorism. The jailed and released former NSA to ex-President Goodluck Jonathan, Sambo Dasuki, came in and made billions and left. He shared some during the ill-fated presidential poll which saw the resounding defeat of his principal. And those at the top today are smiling to the banks even as body-bags pile up.

Billions of Dollars had been spent or squandered on procurement of arms and ammunitions on paper yet soldiers still cry out every now and then for lack of adequate weaponry and remuneration.

Despite his guber efforts and desperation to see to the defeat of the islamic insurgents we must remind Governor Zulum that this is not his war! This war was imposed on his people by the elite. The war against terror, therefore, must be won militarily and not through negotiation or appeal for repentance.

The war to subdue and defeat Boko Haram and other satellite terrorist organizations operating from Borno State and elsewhere across the borders must be prosecuted by the federal government and the Nigerian military — no matter the current deadlock.

Not until President Buhari accepts to rejig the country’s security architecture by firing or retiring the tired Security Chiefs would any victory on the frontlines be observed or recorded. Besides, there is urgent need for the constitutional establishment of state police to tackle the issue of insecurity across the federation.

Prof. Zulum, this is not your war but ours as a nation! Even if we are all involved in this together it should not be your war.

The Commander-in-Chief of our Armed Forces, our underwhelming President, who should be at the forefront like the Chadian ‘Marshal’ Idris Derby leading and directing hostilities is busy playing ethnic and religious politics.

The war against terror cannot be won with the present national security leadership whose usefulness has since been overtaken by horrible events. Let Buhari be a leader for once!

Related Topics:BuhariGovernor Zulum
Up Next