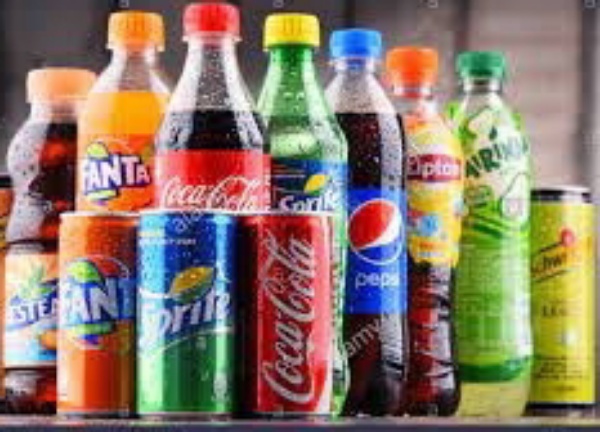 In the last three years, the Federal Government has been clamouring for the return of excise duty, a policy abolished in 1993, on soft drinks – this has been approved, but it’s a lose-lose for FG, producers and consumers.

The first call to tax non-alcoholic drinks under President Muhammadu Buhari’s administration came in 2019, through Minister of Finance, Zainab Ahmed, then Hameed Ali, comptroller-general of the Customs backed the request in 2021.

Ali said the reason was due to the injurious effect of consuming soft drinks, similar to reasons given for the taxation of alcoholic beverages, and Ahmed backed this claim on Wednesday, when she announced the introduction.

For every litre of non-alcoholic, carbonated and sweetened beverages, FG slammed N10 on the production, she made the announcement during a public presentation of the 2022 Appropriation Act in Abuja.

Ahmed said President Buhari had introduced the excise duty on December 31, 2021, through the Finance Act signed into law for taxation collection for the period of 2022 to financially support this year’s budget.

According to Ahmed, it was necessary to introduce the excuse duty to reduce consumption of soft drink to combat diabetes and obesity among others.

In Ahmed’s words, “this is to discourage excessive consumption of sugar in beverages which contributes to a number of health conditions including diabetes and obesity.”

However there are claims that FG turned its focus on non-alcoholic beverages due to its revenue problem. Ahmed admitted this much, although she said the revenue generated from the excise duty will provide for medical assistance to persons facing health conditions.

While defending the tax on the products, the finance minister said the policy is “also used to raise excise duties and revenues for health-related and other critical expenditures.”

FG to lose over N197 billion: The policy was dropped in 1993, but President Buhari is bringing it back in 2022. The excise duty is coming back 29 years later to hurt everybody, thanks to the current administration.

While the finance minister opined that the tax on non-alcoholic drinks would raise funds, the Manufacturers Association of Nigeria (MAN) stated last year that government would lose N197 billion due to the policy, resulting to a drop in gross domestic product contribution.

The manufacturing industry, under which the beverage sector is, contributes about 35 percent to the GDP, and the policy would result into the market accounting for less once the policy takes effect.

The excise duty will shrink the performance or output of the non-alcoholic market, causing a cut down in Value Added Tax (VAT), Collective Investment Trust (CIT) and EIT fund revenues.

Policy to cost producers N1.9 trillion revenue: With the potential drop in performance, the soft drink industry is on the verge of losing N1.9 trillion due to the excise duty policy according to MAN.

The amount is estimated as revenue loss between the next four years (by 2025), with the Chairman, Fruit Juice Producers branch of MAN, Fred Chiazor, stating that it represents 39.5 percent loss.

The cost of the excise duty is expected to be passed on to consumers to reduce the financial burden on the producers who are already struggling with a two-digit (15.99%) inflation rate, which World Bank said could be the worse globally in 2022.

Passing the tax to customers will cause a drop in demand, as priority will takeover consumers purchasing power, hence, reducing sales of soft drinks, and cutting revenue from the segment.

Investment is also at risk in the soft drink market, as the excise duty is coming at a period Coca-Cola is weighing options of exiting African market or offer an initial public offering, and its rival, Bigi, cutting output.

The cost of production in the non-alcoholic market could raise entry barrier, discouraging new players from establishing competing brands to cut product price, as done by Bigi and Big Cola in 2016.

Aside from revenue loss, Ripples Nigeria understands jobs will also suffer in a country that is projected to have 40% unemployment rate by December 2021, according to Doyin Salami, recently appointed special adviser to President Buhari on economy matters.

Dry season and excise duty to affect consumers: The soft drink market is entering the dry season, which is a period producers and distributors raise price to the retailers, now couple with the excise duty, PET bottle price is projected to rise.

A pack of PET bottle had been sold N1,200 to N1,250 during raining season to encourage sales, but a retailer had informed Ripples Nigeria the cost increased to N1,500 amid this dry season – this was pre-excise duty.

Amid declining purchasing power among consumers due to the double-digit inflation rate, demand of soft drinks will go down the hill once price rise, as experienced in 2016 recession when Pepsi and Coca-Cola hike price.

As of Q4 2021, glass bottle was said to be selling faster than PET bottle due to cost, with the impact of excise duty on the price, change in consumer behaviour might affect the former as well.

It was gathered from the anonymous retailer that with the introduction of excise duty price might go up, as a PET Coca-Cola bottle is currently sold for N150 due to the current pack cost, and the products on ground were purchased last year – so that will change once she restock this year.