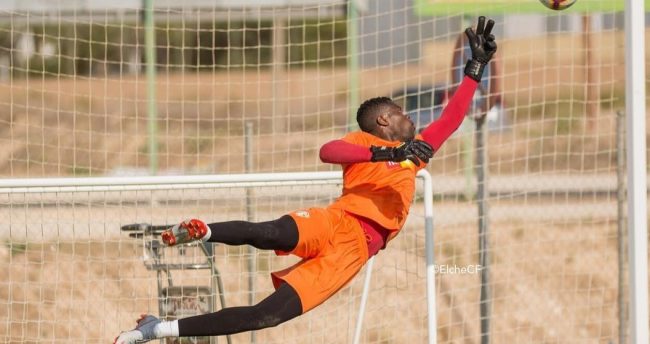 Super Eagles goalkeeper, Francis Uzoho had an over-the-moon feeling as he made his debut for new club Elche.

On his debut in a Copa del Rey encounter against Granada on Thursday, Uzoho manned the post and conceded once in the 2-1 victory.

Jonathan Niguez and Pablo Vazquez had scored for Elche before Uzoho conceded in the 81st minute of the encounter.

“Great night, great debut, on to the next round #CopaDelRey,” Uzoho wrote beneath a picture he posted on Instagram on Friday.

He will be looking forward to making his Segunda debut on Sunday when Elche host RCD Mallorca.