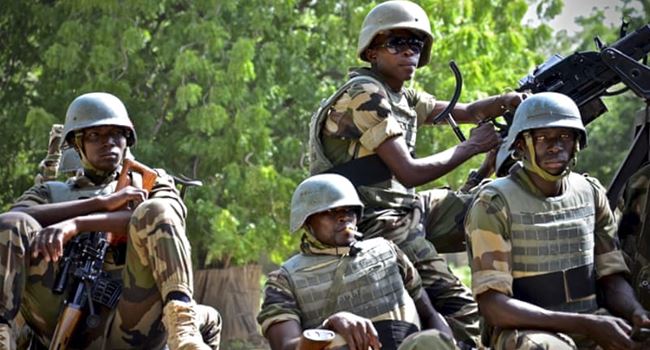 A group known as Shangev-Tiev Assembly (STA) has berated the Federal Government for the military invasion in parts of Konshisha Local Government Area of Benue State in which many lives have allegedly been lost and several property destroyed.

This call was made by the leader of the group, Tyoh Jude during a press briefing in Makurdi on Friday.

According to Jude, the military invasion had rendered many of their kith and kin homeless while many innocent people have also been killed by the military.

He further bemoaned that over 70 persons including women children and the aged have been reported dead and more than 100 persons missing so far since the alleged invasion of the military in the area began a few days ago.

“The general public may wish to know that the Nigeria Army had consistently deployed fighter helicopters that operate on daily basis and scores of armoured vehicles that continually shell sophisticated firepower to kill and destroy property of our people,” the group explained.

The group reaffirmed that insecurity in all its forms and manifestations constitute one of the most serious threats to national unity and peace adding that any act of banditry is criminal and unjustifiable.

“We reaffirm the need for government at all levels to combat criminality within the provisions of the extant laws of the land.

“We wish to further state here that the Nigerian military is recruited, trained and remunerated by tax-payers money and is vested with the constitutional duty to defend the territorial integrity of the country against internal insurrection and external aggression.”