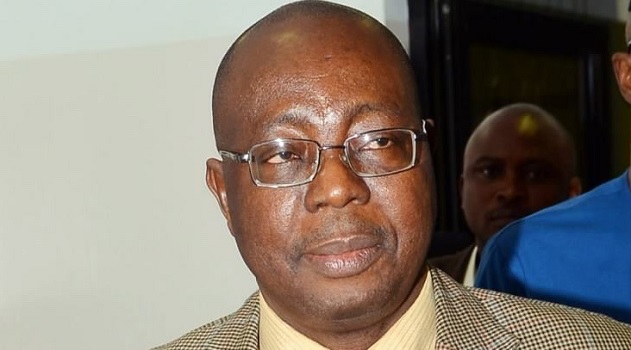 A civil society group, Justice For All (JUFALL), has warned the Federal Government against allowing a cabal in the presidency decide who should head the Department of State Security, DSS.

Convener of the group, Barrister Nathaniel Sess, while addressing a media conference in Port Harcourt, Rivers State, warned that such a move would amount to “replicating the scenario that happened in the scandalous and lopsided appointment of the current NIA Director General”.

According to him, the warning became necessary following reports that the Vice President, Prof. Yemi Osinbajo is already having a running battle with the purported cabal in the Villa, who are allegedly hell bent on the return of the sacked DSS Director General, Lawal Daura, or in the alternative appoint his replacement with one of two candidates from the North East and North West geopolitical zones.

According to Barrister Sese, credible sources available to the group revealed that two people have been penciled down, and they are both from the North. “One is from North East and the other (alternative) from North West. They are being pushed by the duo of Abba Kyari and Kingibe (who are the major actors in the NIA debacle), while the latter is the candidate of Mamman Daura”, he claimed.

JUFALL further advised the Vice President to vehemently maintain his position on the matter and not to succumb to pressure by the silent war orchestrated by the so called cabal surrounding the President.

Read also: Even the EFCC knows I’m not corrupt— Uduaghan

“It is now very clear to everyone in Aso Rock Villa that there is a raging silent war going on between the VP and the Cabal on this issue”, Sese reiterated.

He applauded the Vice President for “maintaining his grounds firmly by insisting that this time the appointment must follow due process through the National Security Adviser as required by the relevant provisions of the National Security Agencies establishments Act, unlike what played out in the appointment of the current DG of the NIA, where a qualified and appropriate person was sacked and replaced in controversial way when he accused some individuals and the man who replaced him of attempts to blackmail him to handover NIA money to them”.

The group cautioned that “the embarrassing situation that happened at the NIA which culminated in the illegal dismissal of erstwhile acting DG of the NIA Ambassador Mohammed Dauda to pave way for the appointment of Ahmed Rufai Abubakar against all established rules must be avoided at all cost.

“We learnt that the VP wants the current acting DG of the DSS confirmed, or the most senior Director to take over after him, as the substantive DG as required by law.

“We are pleased that as a lawyer, the vice president opposed the idea of replacing the current acting DG with another northerner when he is amply qualified to be confirmed”, JUFALL said.

Sese also observed that the morale and hopes of officers in the civil service should not be continually dampened by imposition of people from outside the hierarchy anytime there is a vacancy, emphasising that all Nigerians have the right to legitimately aspire to all deserved positions in this government of change and equal opportunity.

He further insisted that “JUFALL will resist any nepotic move to replace Mr. Seiyefa with any less qualified candidate.

“Our association has already approached Rotimi Amaechi and Timipre Sylva, both former Governors of Rivers and Bayelsa respectively, to intervene in the matter”.

Nigerians, he said, should begin to ask questions and hold their leaders accountable on sensitive issues that borders on national security, because “the illegal appointment of the current NIA DG is already an embarrassment to the image of Nigeria before the international community, and the manoeuvres currently ongoing to replace the acting DG of the DSS would further worsen the already battered image of the country in terms of national security if allowed to continue unabated”, the group cautioned.