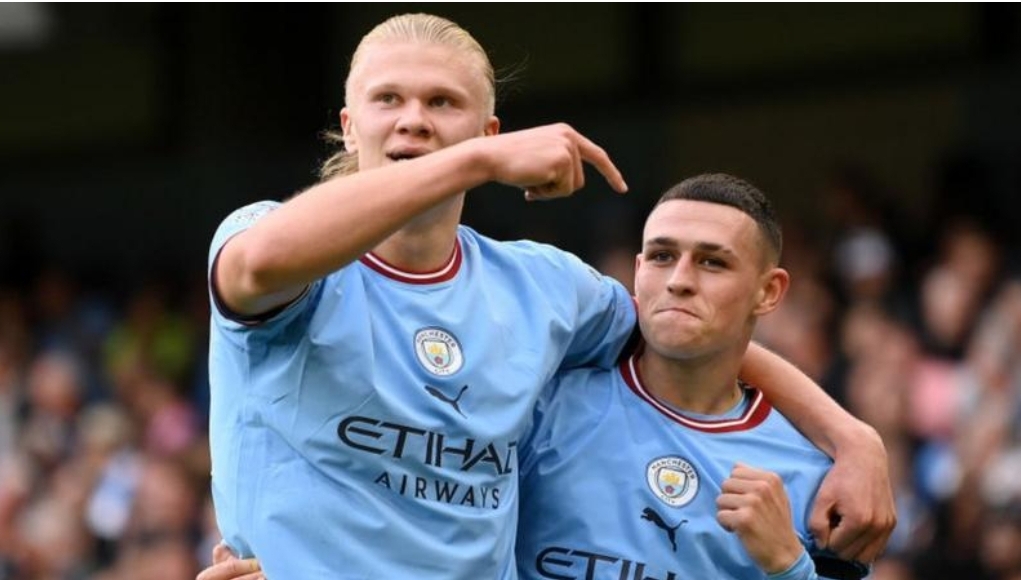 With his latest goals, Haaland has now scored 17 goals in as many games since joining City from Borussia Dortmund.

With the win, City cut the deficit to pace-setters Arsenal to one point.

After their recent progress, United received a harsh reality check as the defending Premier League champions ran riot to highlight the difference in caliber between the teams.

After eight minutes, City’s quick start was rewarded as Foden headed in a cross from Bernardo Silva, and 11 minutes before halftime, Haaland naturally entered the fray with a header from a corner.

Haaland added a third goal in response to a United lull thanks to a brilliant ball from Kevin de Bruyne, then switched roles to set up Foden’s easy goal just before halftime.

United’s newest recruit Antony scored a beautiful goal from 25 yards out to equalize, but that only encouraged City to pick up the pace again. Haaland scored his third goal off a cross from Sergio Gomez, and he later demonstrated his ability as a creator by setting up Foden for City’s sixth goal.

After scoring hat-tricks against Crystal Palace and Nottingham Forest at home, Haaland’s third put him in the record books.

On a day of humiliation for United and manager Erik ten Hag and joy for City and Pep Guardiola, Anthony Martial’s late goal for United and his added-time penalty were met with almost complete quiet.