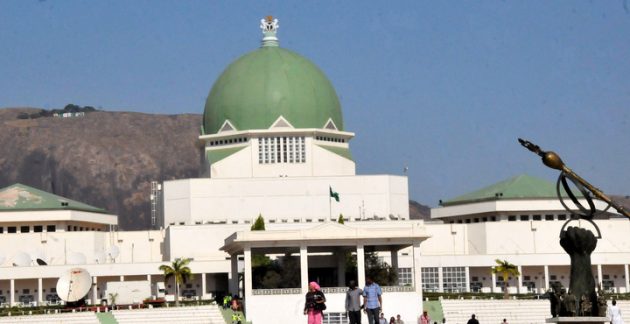 Looking at the ripple reactions that greeted the hate speech bill currently before the Nigerian senate; one will but agree with the words of John F. Kennedy, that ‘a man who creates power makes an indispensable contribution to the nation’s greatness. But the man who questions power make a contribution just as indispensable, especially when the questioning is disinterested; for it is in this, that we determine whether we use power or if power is using us’.

Essentially, the bill among other things proposed, that any person found guilty of any form of hate speech that results in the death of another person shall die by hanging upon conviction. This is in addition to its call for the establishment of an ‘Independent National Commission for Hate Speeches’, which shall enforce hate speech laws across the country.

But however noble the initiative/bill seems to be, and following the understandable controversy and worries already raised, it has become a moral duty for all to collectively and objectively take a disciplined look at the proposed bill in order to –adjust, adapt, incorporate or reject.

Without labour, the most telling evidence about the bill’s good intention is signposted in its resolve to promoting peaceful coexistence in Nigerians. However, Nigerians are worried that dissipating energy on such which many described as trivial in the mixed of the nation’s legion of socioeconomic woes, portrays our parliamentarians as a group that is out of tune with the yearnings of the masses as our failures lie in the system and not in hate speech.

To further lend credence to this argument, the Christian holy book, the Bible, stated that ‘without wood, the fire goes out, charcoal keeps the ember glowing as wood keeps the fire burning’. Same is applicable to the factors propelling hate speech. It is a barefaced truth that the dearth of leadership, the asymmetrical posturing of our political space and the refusal to have it restructured, among others, propels hate speech; as every tribe/group jostle to be more Nigerian than the other. A development that has since morphed into a hydra-headed challenge such as insecurity, youth restiveness, nepotism, cronyism among others; with all, culminating to a nation in grief.

The effort to having these scourge reduced should be the preoccupation of our dear parliamentarians. Being shameless in getting to the root cause of the monster called hate speech, having it tackled from that point will be well appreciated by Nigerians as any other formula will be viewed as synonymous to making a subsidiary issue become fundamental.

Still on the negative side, what is most frightening about this proposed bill is that, at a time when the United Nation and international communities are standing up against capital punishment, has become the ripped time for us as a nation to nose-dive into the out fashioned practice. A country such as the Gambia and other countries that were notoriously known for capital punishment has recently placed a moratorium on it
Critical minds have argued that if capital punishment is to be encouraged in any form, corruption fight should be the right Guinea pig as it remains a scourge that has brought so much grief/sorrow to the people. And an effort to voice condemnation by the poor masses or group against this malady is now erroneously tagged ’hate speech.

Apart from this baffling development coming when the nation is still in the throes of economic hardship, Nigerians are not particularly happy about the insensitivity of our leaders towards the grinding poverty and the excruciating pains the masses are going through. Very instructive, no volume of excuse generated by the lawmakers to defend their position for coming up with such bill can be sustained as the whole episode in my views is perceived as misguided, ill-timed and a decision arrived at without adequate socio-political feasibility studies.

As the debate rages, another area of interest to watch with suspicion is the relationship of this bill with the media/press. I am aware that every media should reinforce and not undermine the government effort. But in the same token, Nigerians are also aware that ‘a free press is not a privilege but an organic necessity in a society. That without criticism, reliable, and intelligent reporting, the government cannot govern. For there is no adequate way in which it can keep itself informed about what the people of the country are thinking, doing and wanting’.

Like the global audience, Nigerians also believe that ‘‘the function of the press is very high. It is almost holy. It ought to serve as a forum for the people, through which the people may freely know what is going on. To misstate or suppress information is a breach of trust’’. Still, in the same line of argument, one established truth we cannot shy away from is the fact that the sole aim of journalism is service and in providing this service, they enjoy great power and followership.

Thinking that the proposed move will solve the problem of hate speech can only but meet with a mirage of a challenge as it will increase the already soured relationship and suspicion among tribes/ethnic groups. Allowing this bill to fly in my views will further heighten the already polarized political environment, present hate speech as alluring as ‘whatever that is forbidden is most admired’.

Contrary to speculations, a critical appraisal of some of these comments tagged ‘hate speech’, will reveal that the reader or the listener must have put a statement together with previously known facts to come up with a hate speech. What this implies is that some of these so-called ‘hate speeches’ may actually be personal or subjective interpretation, opinion or commentary garnished with a basket full of prejudice by the reader or the listener.

So, how will Nigerians know when to draw the line between hate and non-hate speech as it is not a leftist or rightist decision?

In the same vein, it is antithetical for an administration that had ‘change’ as its mantra and a party that promised us a new order is the one coming up with such a bill. Our leaders should be reminded that some of these people that are commenting when they can and condemning when they should are not in any way enjoying it but are compelled to do so based on the love of their nation.

From what the people are saying, most of the comment tagged hate speech in my understanding are not directed to any individual, group or tribe but to the government; criticizing either their policies or inactions. So, the government, in my opinion, is using the bill to shield itself from being further criticized.

It is my submission that ‘when millions of people have been cheated for too long, restitution becomes a costly process; inferior education, poor housing, unemployment, poor health care facilities’ These are but the real propellers of hate.

What is more, the government should assiduously work on these issues listed above that led to the polarization of our political space as against coming up with such a bill which I view as obnoxious in taste and draconian in outlook.

Viewed differently, ‘knowledge will forever govern ignorance. And as a people who need to be their own governors must arm themselves with power that knowledge gives’. This is the way to go. Let our leaders go to the ‘people’s college’ to seek knowledge of what they want so as to arm themselves with the power they need to destroy hate speech as no bill, act or decree can stop the movement occasioned by internal dissatisfaction.