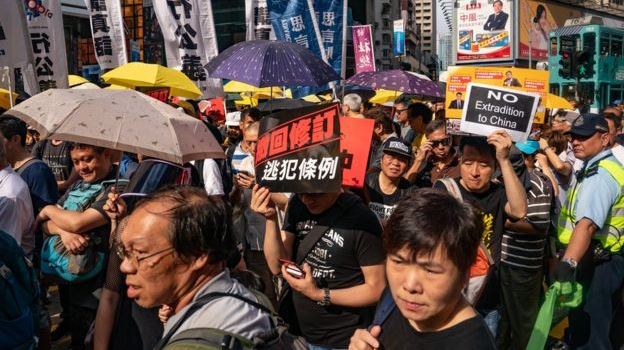 Thousands of protesters took over central Hong Kong on Wednesday, blocking major roads in a defiant show of strength against government plans to allow extraditions to China.

BBC reported that demonstrators, most of them young people and students, surrounded government offices, bringing traffic to a standstill as they called on authorities to scrap the Beijing-backed plan.

Rows of riot police were outnumbered by protesters many of whom wore face masks, helmets or goggles.

More than 100 Hong Kong businesses said they would close Wednesday in a sign of solidarity with the protesters, and the city’s major student unions announced they would boycott classes to attend the rallies.

However, western governments have also voiced alarm, with the US this week warning the bill would put people at risk of China’s capricious judicial system.