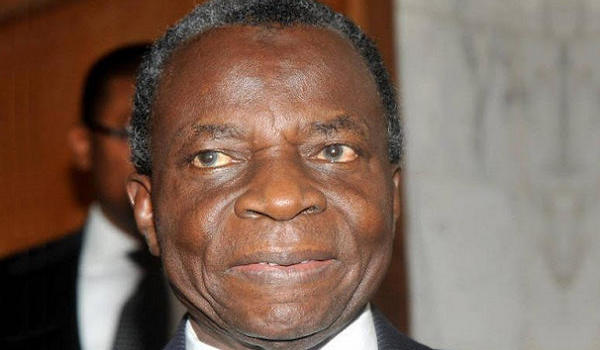 Justice Ayo Salami, the Chairman of the president panel probing the suspended acting Chairman of the Economic and Financial Crimes Commission (EFCC), Ibrahim Magu, for alleged abuse of office, said on Tuesday he has no regret taking up the job.

Salami, who is a former President of the Court of Appeal, was reacting to statements credited to two lawyers representing Magu that he expressed regrets accepting the appointment during the panel’s proceedings last week.

President Muhammadu Buhari set up the panel in July after the Attorney-General of the Federation and Minister of Justice, Abubakar Malami, accused the anti-graft czar of financial malfeasance.

In his reaction to the report, Salami said in a statement that he did not express any regret over his chairmanship of the panel or betrayed any emotion during proceedings.

He said: “No claims can be further from the truth than the outright falsehood contained in the said report.

“The reports were a figment of the wild imagination of the reporter, the two lawyers quoted as his sources and the medium that published the story.

“There was no time anything near the unthinkable scenario painted in the false story occurred in any meeting between myself and the lawyers to Magu or any other person, for that matter, since the Judicial Commission of Inquiry began its sittings.

READ ALSO: Magu’s probe for alleged graft ‘a plus’ for Buhari’s govt —Malami

“l have no cause to express any regret over my chairmanship of the Commission, not to talk of betraying any form of emotion before anyone about it.

“I see my appointment to serve as the Chairman of the Commission of Inquiry as an honour and call to service, thus my decision to accept diligently and patriotically discharge this responsibility.

“I have never appointed any of the two lawyers or any other person(s) to speak on my behalf as I can express myself without recourse to the lawyers of the persons we are probing.

“As an eminent jurist, who retired as the President of the Court of Appeal, I have handled much more complex cases than the current one before the Commission.”

“The false reports were aimed at causing mischief and tarnishing my hard-earned reputation and integrity.

“I remain resolute and committed to the service of the nation and ready to champion the ideals of justice and fairness.”

Related Topics:EFCCMagu probe
Up Next