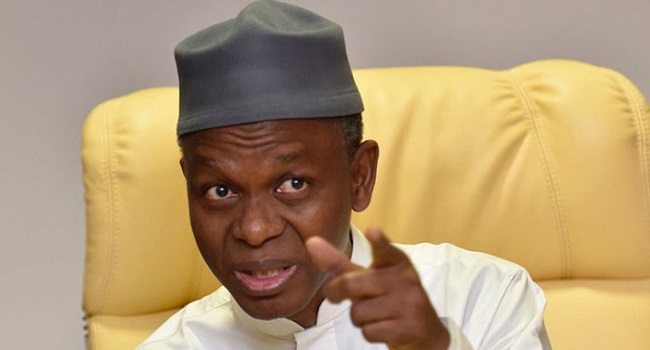 The Commissioner of Police, Kaduna State command, Ahmad Abdulrahman, said Governor Nasir el-Rufai ignored advise given to him in releasing casualty figures of victims of killings in Kajuru local government area of the state.

The Commissioner said on Thursday that he warned the governor that he’d end up releasing conflicting figures which could discredit the credibility of his statement.

Governor el-Rufai recently raised the alarm of ethnic crisis between Adara and Fulani in the Local Government, saying 66 persons including women and children were killed.

Few days later the governor said he was wrong about the casualty figure, and that it was 130 persons that were killed during the crisis and buried in shallow graves.

But the Commissioner said investigation was still ongoing on the killing.

He said, “I told the governor that figures in a crisis of this magnitude should be left (unquoted) until all investigations have been concluded in all the areas where information is coming from, are covered.

“You cannot come up with a figure, otherwise you will quote a particular figure now and quote another later. This is what is happening now. As far as the police are concerned, we are still investigating and the investigation is ongoing.

“We are working on three prominent theories. First is that unknown gunmen believed to be Fulani, attacked the Adara people and escaped in the night on 11 February.

“The DPO in charge of the area immediately mobilised his men to the area and combed the bushes in search of the perpetrators in the middle of the night.

“It was there that they started seeing the carnage. Unfortunately, the Adara natives went to the Fulani communities and carried out a reprisal.

“However, we have arrested one of the suspected Fulani that attacked the Adara people.”