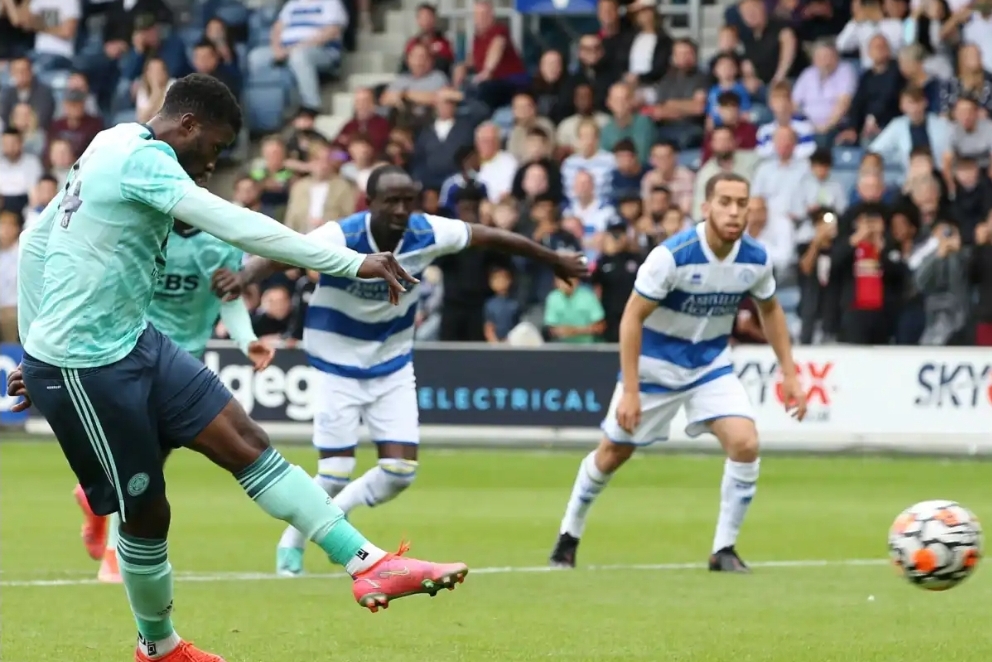 Super Eagles trio of Kelechi Iheanacho, Victor Osimhen and Terem Moffi were on target for their respective clubs in pre-season encounters on Saturday.

Iheanacho scored for Leicester City in their friendly clash with Championship side Queens Park Rangers that ended in a 3-3 draw at the Kiyan Prince Foundation Stadium.

Iheanacho, who was introduced after the break, converted from the spot late in the game after Zambia forward Patson Daka was fouled inside the box.

Wilfred Ndidi was also in action in the draw as the Foxes are now without a win in three pre-season outings following defeats against Burton Albion and Wycombe Wanderers.

In Italy, Osimhen scored a brace to help Napoli defeated Bundesliga champions Bayern Munich 3-0 in a pre-season game at the Alianz Arena.

Osimhen put the Blues ahead in the 69th minute after he was set up by Adam Ounas, and then scored his second of the game two minutes later following another assist from Ounas.

The 22-year-old Nigerian has now scored seven goals in three pre-season outings for Luciano Spalleti’s side.

Moffi, on his own end, netted his second goal in pre-season as he grabbed the only goal for Lorient who beat Anger 1-0.

Moffi opened his pre-season account after scoring the opener in Lorient’s 3-2 win against Brest on July 17.

And against Anger, Moffi scored what proved to be the winner for his side in the 67th minute.