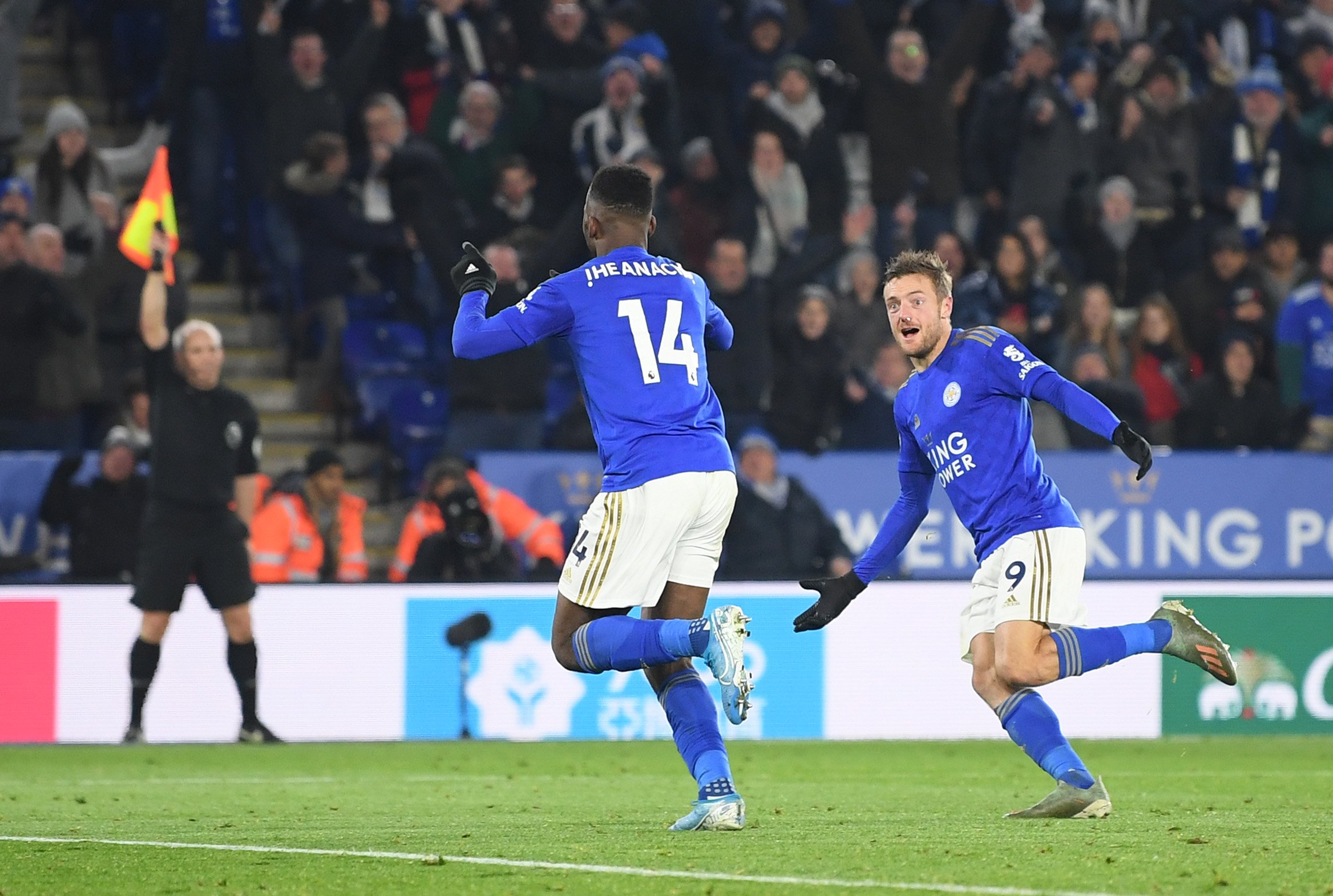 Super Eagles trio of Wilfred Ndidi, Kelechi Iheanacho and Alex Iwobi were all in action as Leicester City defeated Everton 2-1 in the Premier League on Sunday.

Iheanacho, who was making his first appearance in the league this season, played a substitute role but bagged an assist and netted the winner for the Foxes.

Richarlison had put the Toffees ahead in the first half, before Jamie Vardy equalised from an Iheanacho pass six minutes after the Nigerian came on.

The former Manchester City forward then scored the winner when he placed an beautiful finish past Jordan Pickford, which was at first ruled out for offside, but was later given by VAR.

Leicester continued with their brilliant run in the league this season as they go ahead of Manchester City to second behind leaders Liverpool.

At Old Trafford, Manchester United came f4om behind to play a 2-2 draw against Aston Villa.

Villa skipper Jack Grealish gave his side a deserved lead with a curling shot after 11 minutes only for United to equalise when a Marcus Rashford header hit the inside of a post before bouncing in off the back of keeper Tom Heaton.

United got ahead for the first time in the game when Victor Lindelof scored on 64 minutes, but the visitors pegged back two minute later through Tyrone Mings.

The Red Devils are ninth on the table.