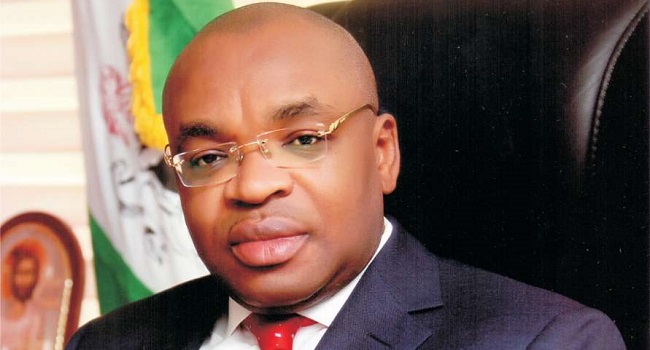 The Akwa Ibom State government on Monday said it would no longer tolerate killer herdsmen in the state.

This came as suspected herdsmen attacked some communities in the state and killed some residents, with many seriously injured.

The Senior Special Assistant on Security Matters to Gov. Udom Emmanuel, Captain Iniobong Ekong (rtd) while speaking with newsmen in Uyo, the state capital, said the government had taken measures to avoid the repetition of the sad event.

Some suspected Fulani herdsmen three days ago had attacked and killed a farmer in Ntek community in Ukanafun Local Government Area of the state.

The incident followed the Mkpat Enin Local Government episode where two people were killed and four injured by suspected herdsmen.

Ekong on the development said, “These are unfortunate incidents but I must tell you as a matter of fact that we will not tolerate such again””.

“In fact, the state government is passionate about the security of its citizens. We don’t play politics with it. Within the context of being proactive and the protection of citizens, Akwa Ibom government is deeply in relationship and working in synergy with the Hausa/Fulani settlement resident within the state.

“Government has also taken enough steps to prevent influx that cannot be controlled. The isolated case in Mkpat Enin was unfortunate and we have to a great extent understood that it was not an invasion but it is an unfortunate thing and security agencies have addressed it adequately.

“The issue in Ukanafun about three days ago is also another case”. “But we have also isolated it and we are addressing it immediately to prevent reprisal, because nobody wants anybody to die in anybody’s hands no matter where you come from.”

Also, Ekong who was recently freed by his abductors also narrated how he was offered a juicy position and money he never had before to relinquish his position and move to the opposition All Progressives Congress (APC).

Recall that Capt. Ekong was picked up during the elections by soldiers over a petition purportedly written by Senator Godswill Akpabio, now Minister of the Niger Delta Affairs.

The security Assistant said, “The promises I was given were so tempting and nobody could say no, but I said no. I didn’t know how. It came with position, it came with finance, it came with promises, and it came with everything. And it came at the time I probably didn’t have those things that came.

“But I thank God that I stood where I stood and for one single second in the entire episode, I never for one day wanted to think about it. I was only concerned about the relationship and the interpretation.”

Reps to probe Discos’ privatization, others

Oyo CJ laments shortage of judges in the state’s courts