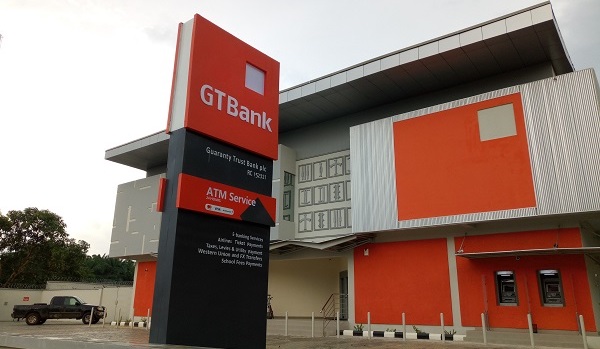 Investors are cutting ties with Access Bank, Guaranty Trust Holding Company (GTCO) and other firms in the Nigerian banking industry amid the threat of financial sanction from the Central Bank of Nigeria (CBN) over the circulation of new naira.

Last week, Ripples Nigeria had reported that the financial regulator threatened to impose a N1 million fine on any Nigerian bank that fails to pick up the new Naira notes for distribution to customers in the country, as the apex bank races to increase supply before January 31, 2023, when the old N200, N500 and N1,000 banknotes expire.

Recall that the central bank had stated that Nigerian banks wer not coming to pick up the redesigned banknotes of N200, N500 and N1,000.

Although there have been reports that the new naira notes are not sufficient for circulation, prompting the financial regulator to direct banks to halt over-the-counter withdrawal of the redesigned currencies.

It ordered banks to load their Auto Teller Machines (ATMs) instead, to hasten circulation and prevent banks from prioritising politicians and High-networth Individuals (HNIs).

With CBN’s hammer hanging over Nigerian banks and uncertainty around other policies that the CBN could roll out to hasten circulation, investors are keeping their money away from the creditors in the capital market.

Ripples Nigeria’s analysis of banks’ capital market performance last week showed that confidence in the financial institutions have dropped among investors, resulting to the Bank Index plummeting by -2.60 per cent between Monday, January 16, to Friday, January 20.

This indicates demand for banks’ stocks dropped, pulling the Bank Index down from 450.51 All-Share Index (ASI) to 438.79 ASI, within the review period.

Aside from the low demand for banks’ stocks, the creditors’ total market valuation also lost N62.05 billion, as their combined worth in the stock market depreciated to N3.68 trillion, from N3.74 trillion within five days.

Among the 15 financial institutions tracked in the capital market, seven suffered losses due to investors withdrawal, investors were undecided in four, while they remained bullish in four others.

Others that suffered losses were Union Bank and NPF Microfinance Bank, as both creditors lost N1.45 billion and N299.64 million to investors sell off.

However, the case was different at Unity Bank, Sterling Bank, Jaiz Bank and Stanbic IBTC, as they neither gained nor lost within the period in review.