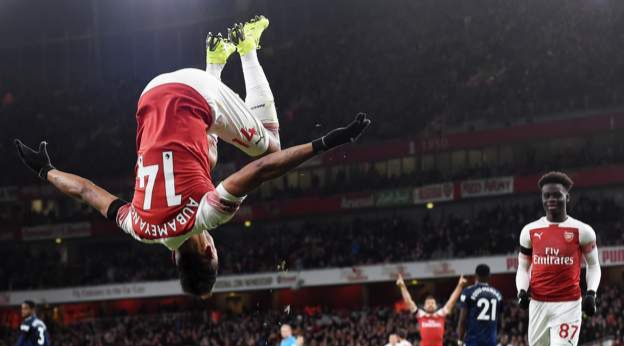 Super Eagles forward, Alex Iwobi was in action for Arsenal and grabbed an assist in their 4-1 victory over Fulham on New Year’s day.

Coming from a 5-1 thrashing by Liverpool, Arsenal bounced back with the big win at the Emirates Stadium.

Iwobi, who played from the start, was involved in the opening goal as his cross to Granit Xhaka found the back of the net.

The other goals were scored by Alexandre Lacazette, Aaron Ramsey and Pierre-Emerick Aubameyang, which helped them to only their second win in six games.

Aboubakar Kamara was the goalscorer for the visitors.

Arsenal have kept just one clean sheet in their last 14 Premier League games.

They sit 5th on the table, while Fulham are 19th.