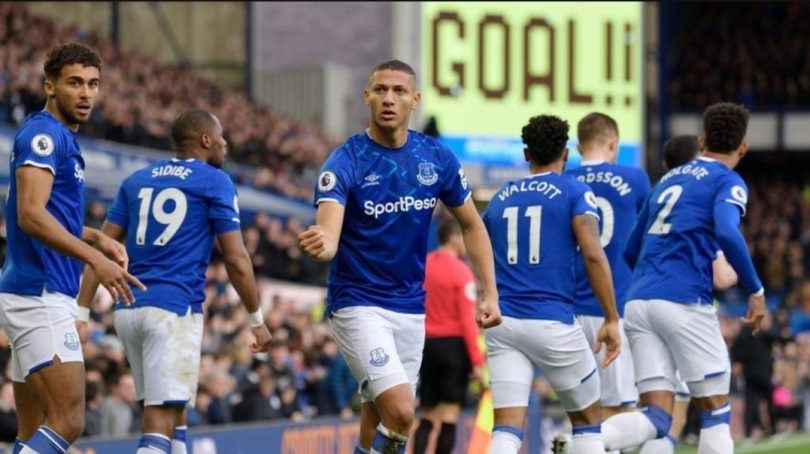 Super Eagles forward, Alex Iwobi was in action for Everton as the Toffees defeated Chelsea 3-1 in the Premier League on Saturday.

The game played at Goodison Park saw the hosts show much improvement and led by caretaker manager, Duncan Ferguson, who is temporarily in charge after the sacking of Marco Silva last Thursday.

Richarlison headed Everton in front from Djibril Sidibe’s cross after only five minutes, before Dominic Calvert-Lewin increased their lead four minutes after half-time.

Mateo Kovacic pulled one back from long range for the Blues but Calvert-Lewin scrambled Everton’s third goal through goalkeeper Kepa Arrizabalaga’s legs in the 84th minute.

47-year-old Fergusson, a former Everton player, was visibly emotional at the prospect of managing Everton, celebrating wildly after each goal.

Everton climb ofd the relegation zone, pending the outcomes of the other Premier League matches this weekend.