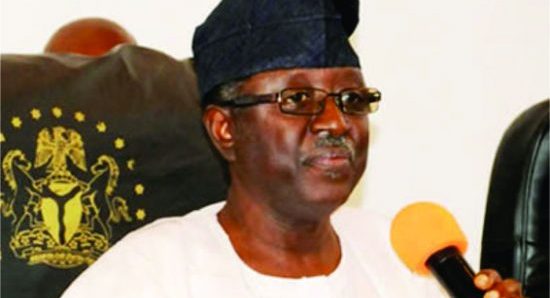 Senator Jonah Jang has said it is the turn of the Middle Belt to produce the next president of Nigeria in the 2019 presidential election.

The former Plateau State governor also debunked rumours that he has stepped down to support another presidential aspirant on the platform of his party, the Peoples Democratic Party (PDP) saying he is in the race to win.

The Senator stated this in a statement by the acting Director General of his Presidential Campaign Team, Professor Shedrack Best in Jos, insisting that the former governor is in the race to win and help salvage the country from the scourge of bad leadership.

According to the statement, Jang, who is from the Middle Belt region, has all it takes to represent the people and give quality leadership in the country.

The statement reads: “It is with great pleasure that we bring to the notice of the public, that Distinguished Senator Jonah David Jang has picked and submitted his nomination form for the Presidential race. Senator Jang represents the Middle Belt, the region with millions of registered voters who want the Presidency this time around.

“We have supported others before. It is their turn now to also support us. While we do not begrudge those zones that have benefitted repeatedly, we demand that in the spirit of one Nigeria, for the inclusion of minorities, for the purpose of fair play and equity, the Middle Belt should be given the chance and supported in 2019. We are also urging the other parts of the north and the rest of Nigeria to support the Jang’s candidature because he has what it takes to take Nigeria higher.

“Senator Jang is not in the race to step down for anybody, he is in the race to win. He believes in Nigeria as a great nation and in its oneness, he has what it takes to make Nigeria to the top ten nations of the world in no distant future. Our Party, the PDP, have zoned the Presidency to the North for the purpose of the 2019 elections.

“The Middle Belt is at the centre of the north, it is the glue of the north, the bridge of Nigeria, the guarantor of national unity and oneness, and has sustained the north over time. Sadly, however, this zone has yet to produce an elected President. We need the support of all to make this happen.”