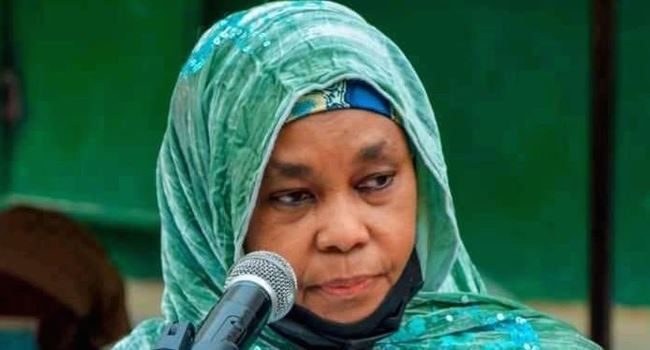 The Kano State Government has issued a rebuttal in the wake of viral reports that the Governor’s wife, Hafsat Ganduje was arrested by the Economic and Financial Crimes Commission (EFCC).

This was contained in a statement issued on Wednesday by the Commissioner for information Malam Muhammad Garba.

Garba described the reports as “mere rumours being peddled by mischief makers”.

According to him, the reports were part of the plans of critics to discredit the character and integrity of the Gandujes.

“Most, unfortunately, the fake story is being peddled on social media platforms without confirmation from either the government or the EFCC.

“The governor’s wife has not been arrested or detained and she is presently discharging her responsibilities,” the commissioner said.