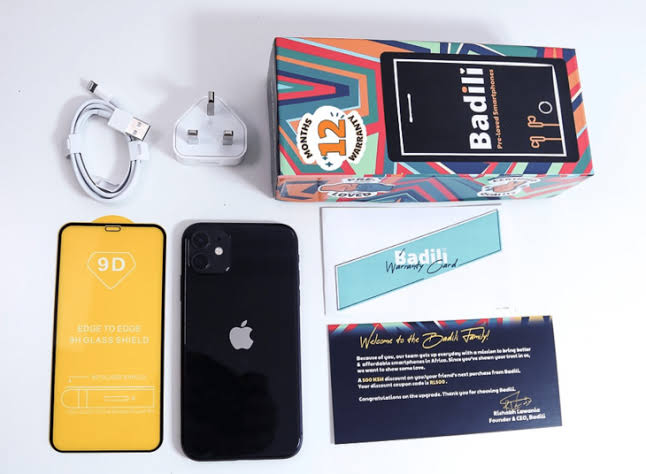 Many family offices and angel investors from Kenya, Nigeria, South Africa, and India while Venture Catalysts, V&R Africa, Grenfell holdings, and SOSV, also participated in the round.

Badili carries out trade-ins and buybacks on behalf of major OEMs and phone dealers, and has signed partnerships with key brands like Samsung.

Explaining why he launched the re-commerce, Lawania stated: “One of my ex-employees in Kenya got arrested for buying a stolen phone, and it struck me that most people can’t really buy pre-owned electronics here because the only option they have is the grey market, which is risky.

“That is when Badili idea kicked-in. I thought something really needs to change.”

Read also:Walt Disney acquires stake in BAMTech for $900m. 2 other stories and a trivia

Announcing to the product on Mocopi product page, the company said each sensor has a battery life of up to 10 hours.

Ripples Nigeria gathered that the product consists of six disk-shaped gadgets that can be worn around the user’s wrists, ankles, head, and hips, and used to animate avatars inside various metaverse apps on Android or iOS devices.

“By utilizing our proprietary algorithm, “mocopi” realizes highly accurate motion measurement with a small number of sensors, freeing VTubers and creators involved in movie and animation production from time and place constraints,” the Japanese company noted in the announcement.

The company said that it aimed at not only people interested in the metaverse but animation professionals and filmmakers as well.

3. DeHaat secures $60 million in a new funding round

The company said that it is seeking to deepen its penetration in the country.

The new funding was confirmed by co-founder and chief executive Shashank Kumar in a media statement on Thursday.

Prior to the new funding, DeHaat expanded across several key Indian states.

According to the company, it uses artificial intelligence to help millions of farmers across 11 states, in India source raw materials, find advisory and credit services, and sell crops.

The Patna and Gurgaon-headquartered startup added that existing backers RTP Global Partners, Prosus Ventures, and Lightrock India also participated in the new round.

“At least for the next three to five months, we are not adding any new geographies.

“We will continue to serve more farmers and broaden our network of centers in the states where we are operational,” the CEO said.

Since most information from a computer is output in either a visual or auditory format, the most common output devices are the monitor and speakers.

These two devices provide instant feedback to the user’s input, such as displaying characters as they are typed or playing a song selected from a playlist.

Like Adidas, Parler calls off deal with Kanye West over rapper’s Hitler affiliation