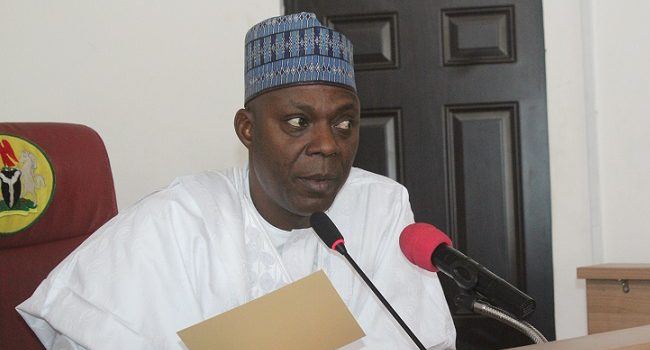 The Kogi State House of Assembly on Tuesday, threatened to arrest the Managing Director of Sterling Bank Plc, Abubakar Suleiman, if he fails to honour a summon to appear before it on November 16 to clarify the controversy surrounding the return of the state’s N20bn bailout funds to the Federal Government.

The arrest threat followed the failure of the MD to appear before the House during plenary on Tuesday after he also failed to make an appearance last week.

The House also frowned at the bank for sending its regional manager, Eneji Ibrahim, accompanied by a lawyer, Olukayode Enitan (SAN) to appear before the Assembly, insisting that the MD must appear before the House or risk being arrested.

During the meeting, the Speaker of the House, Mathew Kolawole, asked Ibrahim to present a document to prove that he was representing the MD.

But when the regional manager was unable to do so, the House issued an ultimatum of November 16, 2021, for the bank’s MD to show up or be arrested.