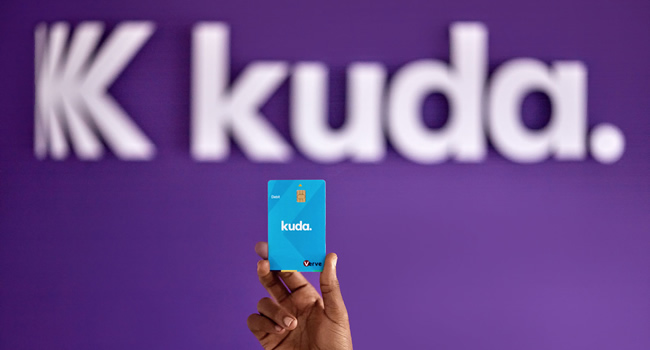 London-based, Nigerian-operating Neobank, Kuda bank, has announced closing, via its London entity, a Series B of $55 million to take its valuation up to $500M.

According to the startup, the fund will be invested into plans to double down on new services for Nigeria and other developments in the pipeline.

Industry analysts noted that Kuda has continued to take on incumbents in the country with a mobile-first, personalised and often cheaper set of banking services built on newer, API-based infrastructure.

While the Fintech player has been on a growth tear in the last several months, the new fund is expected to fuel its expansion.

Speaking on the development, co-founder and CEO Babs Ogundeyi, expressed the company’s vision to build a new take on banking services for “ever African on the planet.”

The funding was made at a valuation of $500 million, and it comes on the back of some impressive early growth for the startup.

“We’ve been doing a lot of resource deployment has been in our operational entity, in Nigeria. But now we are doubling down on expansion and the idea is to build a strong team for the expansion plans for Kuda,” Ogundeyi added.

Field Intelligence, a Nigerian e-health startup, has expanded its venture into 11 new cities across Nigeria and Kenya.

The development followed the company’s milestone of crossing the 1.4 million threshold of serviced patients.

Founded in 2015, Field Intelligence is a leading pharmaceutical supply chain provider within Nigeria and Kenya,

According to the startup, the team aims to reshape the pharma value chain by turning the supply chain underlying it into a strategic tool for access and growth.

Toyota was formed on Oct. 31, 1957. Known as Toyota Motor Sales, U.S.A., Inc., the company established its headquarters in a former Rambler dealership located in Hollywood, Ca. Toyota began to make its first sales in 1958 with287 Toyopet Crown sedans and one Land Cruiser.