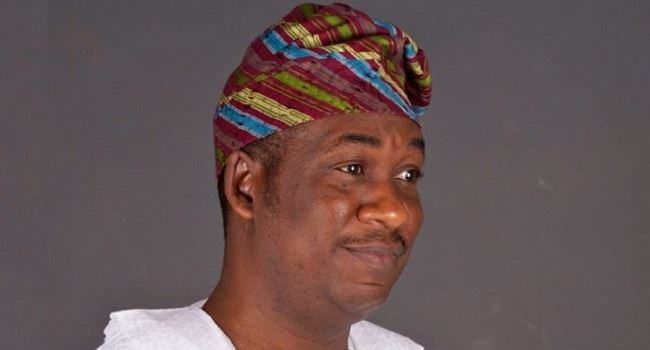 The Deputy Governor of Lagos State, Obafemi Hamzat on Tuesday ordered the arrest of four drivers who decided to drive against traffic on Lagos- Badagry Expressway.

Following his command, four of the drivers were apprehended on Lagos-Badagry Expressway; the last person was nabbed at Iponri.

Upon their arrest, Hamzat ordered that their vehicles be impounded, while the offenders be made to face the wrath of the law for their misdeeds.

The deputy governor who was on his way to the flag-off ceremony of continuation of the reconstruction of Lagos-Badagry Expressway when he caught the drivers, expressed displeasure at the antics of the motorists, urging residents and road users to always obey the traffic laws.

“It is important to note that on our way, we saw a lot of vehicles facing one way. In the process, we stopped some of them and their excuse was that `there is no road’.

“Unfortunately, on that same road, we saw a young man that was hit by an ‘Okada’ rider who was riding against the traffic. That young man can be somebody’s brother, son or cousin.

“So, we cannot say because the road is in bad shape, we will now break the law.’’

Meanwhile, one of the drivers arrested, Emmanuel Onwuegbu,54, said he regretted his action.

According to him, the trucks and trailers blocked the road and he wanted to make a detour to follow another route.

The businessman said he was trapped in the traffic for about three hours at the same spot on Sunday.

“When I came out of Bode Thomas Road yesterday and faced Iponri. Trailers have blocked the two lanes. I decided to make a detour Under the Bridge. A car in my front followed a one-way by facing oncoming vehicles. Shortly after I followed him, a commercial tricycle driver blocked me while dropping his passengers. Not quite long, a motorcycle in the convoy of the deputy governor blocked me till the deputy governor arrived about two minutes later,” he said.

Onwuegbu said he would not have followed the vehicle but he was pressed to urinate. He said he regretted his action.

The Lagos State Traffic Management Authority (LASTMA) General Manager Olawale Musa said the apprehension of the traffic law violator by the deputy governor is to show the commitment, the determination of the current administration to eradicate all impunities and violations of law from Lagos State.

“All eyes are on traffic violators in Lagos State. It is no longer business as usual and anybody caught violating the law, will be made to appear before the appropriate court,” Musa said.

For the sake of unity, guide your utterances, Tambuwal urges Nigerian leaders

No Ruga in Rivers, available land is for commercial agriculture to empower our youths – Wike