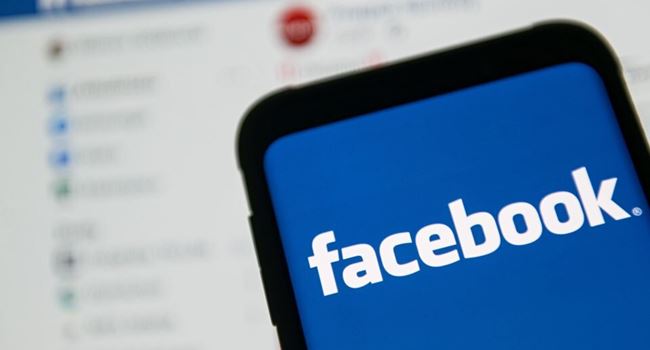 Come October, Facebook will phase out accounts bearing Oculus in a bid to eliminate its independent identify. This is coming, however late, as the social media giant marks its 6th year after acquiring the virtual reality software and hardware company. Analysts noted that this development is coming to help Facebook further step to sunset Oculus accounts and start requiring new VR headset customers to become Facebook direct users.

According to Facebook, starting in October 2020, new Oculus device users will need to log in with a Facebook account, and existing Oculus device users will have two years to continue accessing their Oculus accounts. However, the board noted that they can choose to merge their Oculus and Facebook accounts or see what happens once Oculus account support officially ends. Facebook is pushing the new policy as a positive business trend for users who are interested in leveraging the larger company’s social features, including the option to enjoy group experiences in Horizon, Venues, and third-party apps.

Founder of Engine and former managing director of Hattery has launched Hangar with a $15 million commitment. The funding, according to press, was secured from his former boss and the Kresge Foundation to build companies that will help solve problems that governments haven’t tackled effectively. Speaking on the development, Josh Mendelsohn, the former Bloomberg digital campaign advisor and venture studio founder, noted that cash has constrained government agencies from the local to the federal level aren’t using technology effectively enough to meet the challenges they face.

He said: “We’re at an unprecedented moment for our country, and our companies are addressing several significant challenges all at once, from combatting Covid-19, to rebuilding our economy, to reducing the cost of higher education, to addressing disparate outcomes in healthcare.” To this end, the company has reportedly hired an in-house team of technologists and business consultants to build businesses to nab some of the $2 trillion that governments across the U.S. spend every year on information technology.

American tech giant Google has revealed an intent to add more detailed street-level data to Google Maps. This set of new features, will include, accurate road sizes and shapes, as well as features that can help people traverse streets more easily on foot. Analysts have noted that this development comes as cities around the world transform to the so-called “new normal,” where “solo transport such as walking and cycling are preferred due to social distancing measures driven by the global pandemic.”

READ ALSO: LATEST TECH NEWS: Pinterest gets first black board member. 4 other things and a trivia you need to know today, August 18, 2020

Although, Google Maps already shows varying road widths to help users distinguish between alleyways and major thoroughfares, the new feature is expected to include showing exactly where sidewalks are, in addition to crosswalks and pedestrian islands, which may prove useful for those with specific accessibility requirements. Taking its feature to another height, Google noted that it is adding some additional visual enhancements to Google Maps, using what it calls a new “color-mapping algorithmic technique” to make it easier to distinguish between natural features such as beaches, deserts, and ravines.

Tech startups in North Africa (Egypt and Tunisia) have been listed to be among those whose access to funding could increase after regional investment and accelerator company Flat6Labs announced a partnership with Saudi angel network OQAL. Although, Flat6Labs is a regional startup accelerator program and seed investment company with operations in Cairo and Tunis as well as Jeddah, Abu Dhabi and Beirut, the company has, however, agreed to a partnership with Saudi Arabian angel investor network OQAL.

Industry insights revealed that the deal will further the growth of startups in the Middle East and North Africa (MENA) region by introducing Flat6Labs’ network of startups to OQAL’s network of angel investors. Helping startup grow, OQAL will be provided with direct access to Flat6Labs portfolio companies, enabling more deals to happen efficiently and helping Flat6Labs startups to scale with the funding provided by OQAL’s network of investors. According to Ramez El-Serafy, chief executive officer (CEO) at Flat6Labs, the partnership with OQAL marked another building block in its mission to help startups grow and scale toward their desired markets in MENA and specifically the GCC.”

DayDayCook, Hong Kong-based startup, has joined the list of startups closing massive investment in times around the pandemic. The food business firm made the announcement of the $20 million raiser while revealing plans to expand its multifunctional food platform, whose users mainly come from mainland China. According to the company founded by banker-turned food blogger and entrepreneur Norma Chu, the company looks to offer “a bit of everything: an app featuring recipes and food videos, cooking classes in upscale malls, and a product line of its own branded food products sold online, which makes up 80% of its revenues.”

On the investment log, London-based Talis Capital led the funding round. However, the round saw participation from Hong Kong’s Ironfire Ventures. Till date, the eight-year-old startup has raised a total of $65 million to date from investors including Alibaba Entrepreneurs Fund, the e-commerce giant’s not-for-profit effort to support young entrepreneurs in Hong Kong and Taiwan. Reviewers noted that the selling point of DayDayCook products is their carefully crafted brand stories. According to many, users first consume the content put out by the startup across social channels, and then they become customers of DayDayCook’s ready-to-eat or to-cook food packs, kitchenware, and more.

Senate to probe hike in price of foreigners’ residence permit