LATEST TECH NEWS: uLesson to expand services to new markets. 2 other things and a trivia you need to know today, January 19, 2021 | Ripples Nigeria 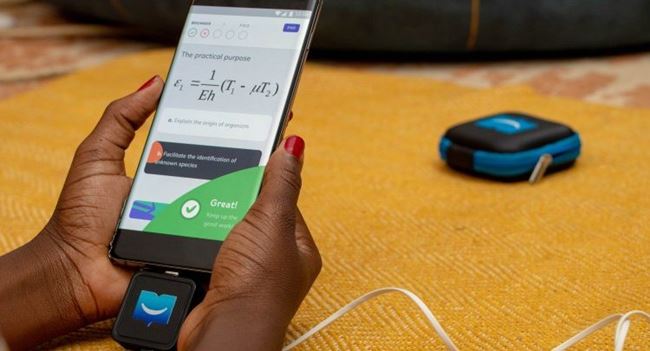 Leading Nigeria-based edutech platform, uLesson, on Tuesday declared its intention to expand offering to new markets, a development that was influenced by increasing market demands from countries currently without its presence.

The Founder of uLesson, Sim Shagaya, who disclosed this in his Medium post, said the obvious growth of the platform has confirmed its founding philosophy that technology can be instrumental in solving Africa’s education gap.

He said since the launch of the platform in 2019, the team has been receiving messages requesting the availability of its services in other countries beyond Nigeria.

Shagaya said: “Weekly, we receive messages from families across the continent asking us to make services available to new markets.”

He assured the public that uLesson team would consider the possibility of expanding its services to other countries in 2021.

Shagaya also confirmed that the uLesson app has been downloaded a million times from users from at least seven countries,” to include countries the team isn’t formally serving.

The app, according to Rimotli, will make legal services more accessible to all Nigerians.

The startup which is to launch its web version soon, said the objective is to simplify and demystify access to lawyers and legal services while ensuring Nigerians can protect their human rights by always having legal aid just minutes away.

The Chief Executive Officer of Rimotli, William Chidube, who was inspired by last year’s #ENDSARS protest, said the mission was to use technology to help Nigerians avoid rights violations by security agents.

He said: “We built the app to help combat abuse of power by security forces, and also domestic abuse. The idea is quite simply that a victim pushes an emergency button within the app and their location is broadcast to registered lawyers who are close to that area.

“The lawyers then show up with the sole aim of ensuring that the victim’s rights are protected and the situation is swiftly resolved.”

Chidube lamented that legal service has been reduced to the exclusive preserve of the rich, saying the service was not just about money but exposure, enlightenment and education.

He stressed that the new product Avocat would change the narratives with the self-funded startup charging a subscription fee for users on the platform.

Established to service the needs of Tanzanians and people of other East African nations in Diaspora, Tanzanian fintech startup NALA is set to launch a new money transfer app in the United Kingdom.

NALA, which had previously developed a mobile money app for Africa, is a past winner of the Ecobank Fintech Challenge and Seedstars Tanzania.

The startup recorded success with its mobile money app, the product which attracted over 250,000 customers in one year and became East Africa’s number one finance app.

The startup, according to industry review is backed by Y Combinator and the United States-based VC firm Accel’s first Sub-Saharan African investment.

Hotmail service was founded by Sabeer Bhatia and Jack Smith in 1996, and was acquired a year later by Microsoft for an estimated $400 million.

Upon acquisition by Bill Gates, Hotmail was further developed into a personal information manager web app from Microsoft consisting of webmail, contacts, tasks, and calendaring services under a new name: OUTLOOK.

Before the name change, however, it was first relaunched as MSN Hotmail, and later rebranded to Windows Live Hotmail which was featured as part of the Windows Live suite of products.

Microsoft phased out Hotmail in October 2011 and relaunched the service as Outlook.com in 2012.