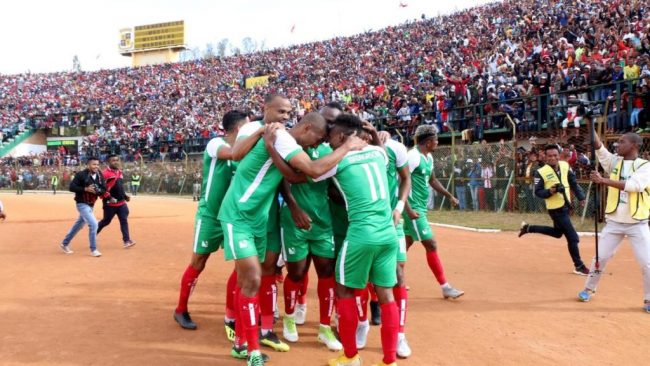 Madagascar have sealed their spot in the finals of the Cameroon 2019 Africa Cup of Nations after beating Equatorial Guinea 1-0 on Tuesday, with Njiva Rakotoharimalala scoring the only goal on 42 minutes.

They become the first team to secure their place in the tournament, and have done so with two matches to spare in the qualifiers.

The victory over Equatorial Guinea at the CNAPS Stadium in Vontovorona saw the Barea move to 10 points in Group A, three more than Senegal who face Sudan in Khartoum later on Tuesday, and seven points more than third placed Equatorial Guinea.

Their qualification for the Cameroon 2019 AFCON complete a fairy-tale run by the islanders who remain unbeaten in their campaign.

The coach Nicola Dupuis side registered wins over Sudan, Equatorial Guinea (back-to-back) and a draw against Senegal to achieve the historic feat.

The outcome of the two remaining matches against Senegal and Sudan will have no impact as Madagascar are destined to finish in the top two of Group, as Equatorial Guinea and Sudan on three and zero points respectively cannot catch up with them.

It is unarguably the brightest moment in the footballing life of the nation.