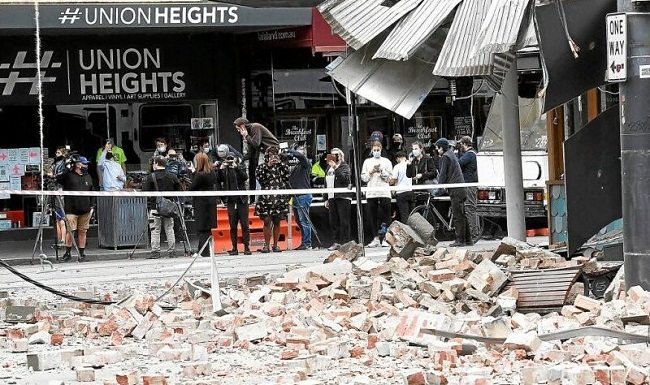 A magnitude 5.9 earthquake has struck Melbourne in southern Australia on Wednesday, according to Geoscience Australia.

In a tweet on Wednesday morning, the Victorian State Emergency Service’s said the earthquake‘s epicenter had been near Mansfield in the state of Victoria.

“Please be patient as lines may be busy,” the tweet said.

The Australian government had registered the earthquake at a magnitude of 6 but subsequently downgraded it slightly to 5.9. while the US Geological Survey also put the quake at magnitude 5.9.

Videos on social media showed at least one building suffered some minor damage and power lines disrupted in the central business district of Melbourne, Australia’s second largest city, where some people were seen on the streets following the quake.

In the video, residents described their shock and surprise as houses across the city began to shake, in a city which has not had an earthquake of a similar size in decades.

However, there have been no reports of injuries so far.

The country’s worst earthquake ever was in 1988 in the Northern Territory, which measured only 6.6 magnitude, according to Geoscience Australia.