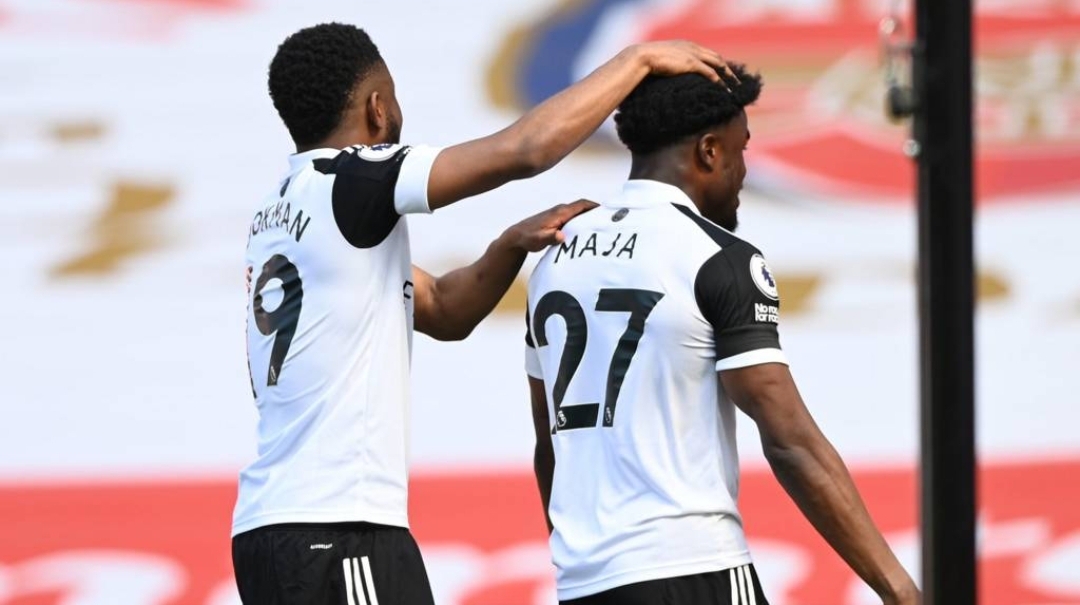 Super Eagles forward, Josh Maja scored for Fulham in their Premier League clash with Arsenal at the Emirates Stadium on Sunday.

Maja scored in the 59th minute from the spot as Fulham fought hard with hopes of securing all three points from the game.

The on-loan Bordeaux forward converted from the spot after Mario Lemina was fouled by Arsenal’s Brazilian defender Gabriel.

The Cottagers were however stunned by a 97th-minute equalizer by Arsenal as Eddie Nketiah tapped into an empty net, with the VAR confirming the goal.

The result leaves Fulham six points from safety. They have played two games more than both Brighton and Burnley – the teams directly above them.