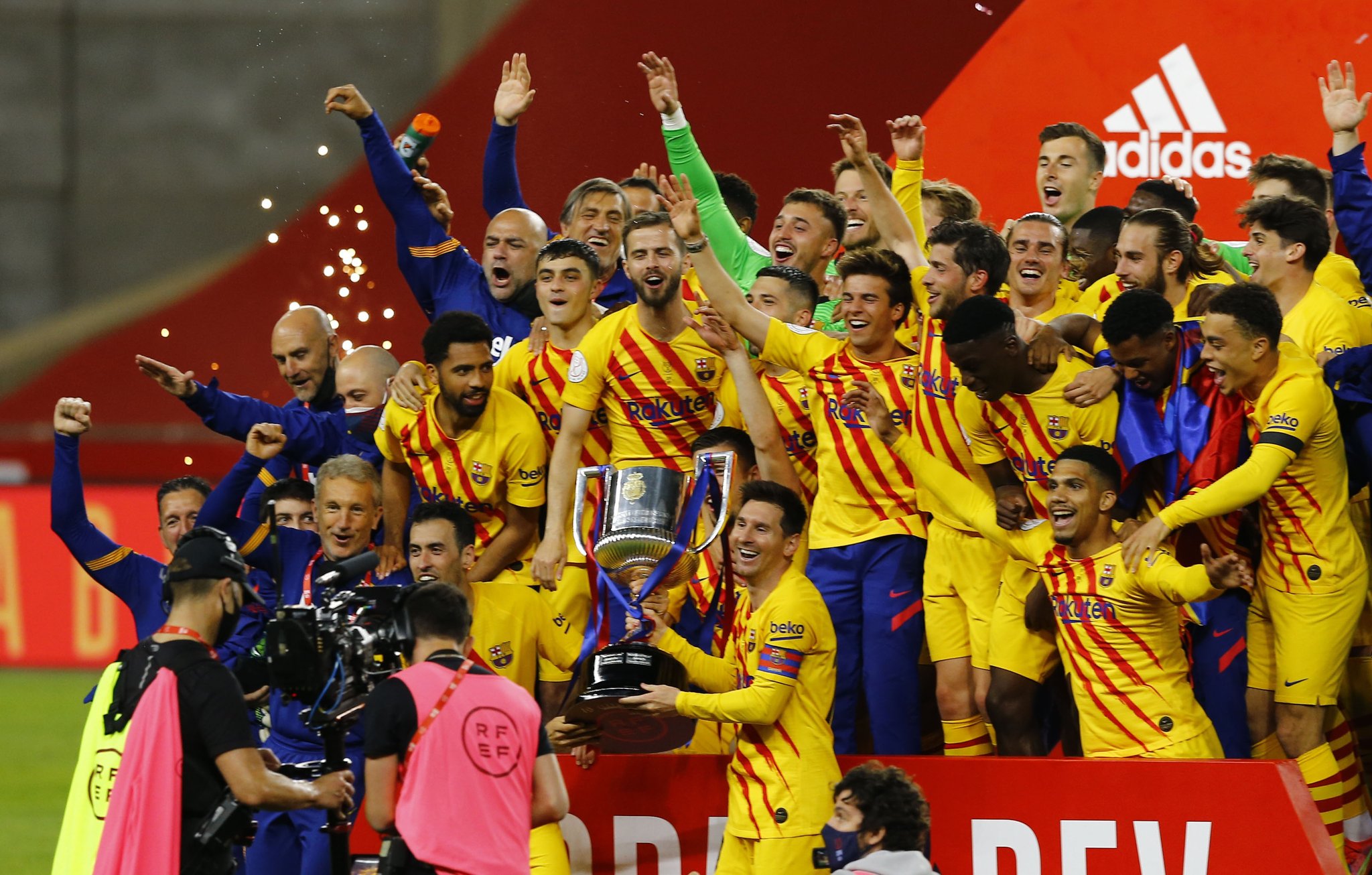 Lionel Messi scored twice for Barcelona as they defeated Athletic Bilbao in the final of the Spanish Copa del Rey on Saturday night.

The Argentine scored in the 68th and 72nd minutes to seal a 4-0 victory for Barca.

Antoine Griezmann and Frenkie de Jong were the other goalscorers for the Catalan giants, following a goalless draw in the first half.

The win means Ronald Koeman has bagged his first trophy as Barcelona manager.

The vitcory was also Barcelona’s first silverware since 2019, as they went theough last season without a trophy.

For Bilbao, it is was a second Copa del Rey final defeat in two weeks after they lost to Real Sociedad in the delayed 2020 final on 3 April.

Barca, meanwhile, are still in the race for this season’s La Liga, with Atletico Madrid and Real Madrid also in strong contention for the title.