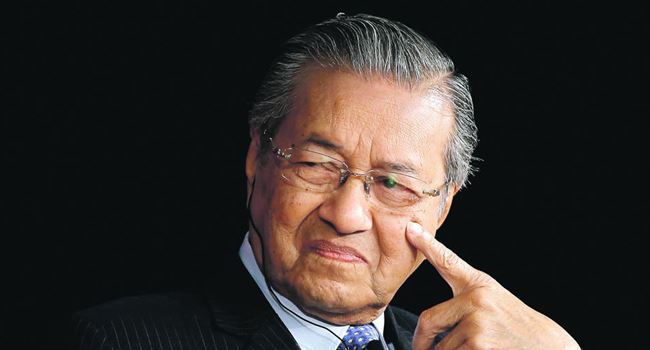 Malaysian Prime Minister, and leader of the Malaysian United Indigenous Party (Bersatu) Mahathir Mohamad has announced his resignation to the king of the country on Monday.

In the light of the new development, Mahathir’s party also announced its withdrawal from the ruling government coalition, Pakatan Harapan (Alliance of Hope) in support of the Prime Minister.

According to a statement from Bersatu President, Muhyiddin Yassin, “All members of the House of Representatives of the party are also out of Pakatan Harapan. All of them have signed the Oath to continue to support and trust Tun Dr Mahathir Mohamad as the Prime Minister of Malaysia,”

The 94- year- old’s resignation came a day after he was rumoured to have attempted to form a new ruling coalition that would exclude his ordained successor, Anwar Ibrahim.

Meanwhile, Anwar, who had been present when the PM tendered his resignation condemned the rumours as attempts by traitors “within my party and outside using his [Mahathir’s] name.”

He said the premier had no plans to join with anyone from the previous ruling coalition he defeated to try to form a new government.

“We know there are attempts to bring down PH and form a new government, [but] he [Mahathir] reiterated what he had said to me earlier, he played no part in it. He made it very clear, that in no way would he work with those associated with the previous regime.” Anwar said