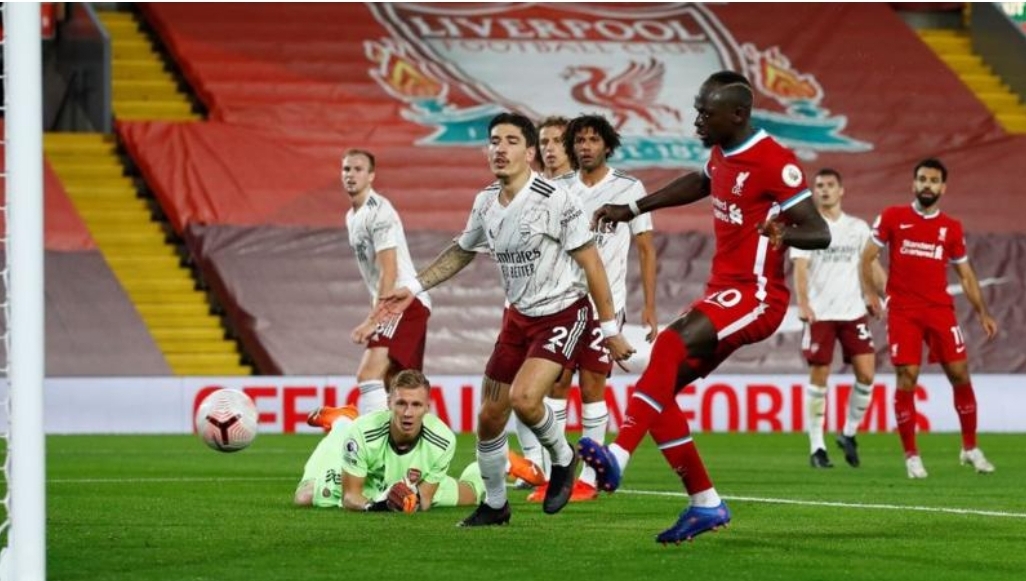 Reigning African player of the year, Sadio Mane was on target for Liverpool in their victory over Arsenal in the Premier League on Monday night.

Mane’s goal was a 28th-minute equaliser after Alexander Lacazette had fired Arsenal into the lead in the 25th minute of the game.

The effort began what ended up as a comeback victory for the Jurgen Klopp side as Andy Robertson and new signing, Diogo Jota also scored.

Robertson’s goal came before halftime when he got on the end of Trent Alexander-Arnold’s cross to beat goalkeeper Leno.

Liverpool were holdong on to a win when Jota sealed it with an 88th-minute goal to record an impressive victory at Anfield.

Arsenal had won their opening two Premier League games as well as Liverpool, but Monday’s result means the Reds maintain perfect start to their title defence.

Related Topics:arsenalLiverpoolSadio Mane
Up Next