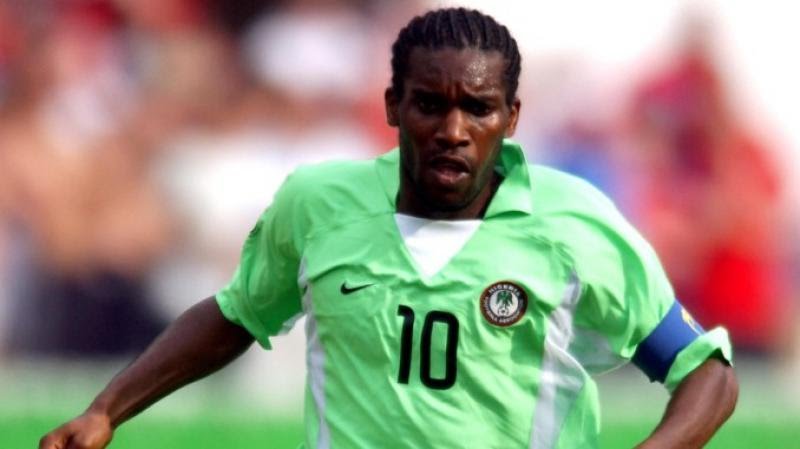 Former Nigeria international, Daniel Amokachi has revealed why he does not regret not winning the CAF Player of the year award during his playing days.

The 47-year-old, who was currently appointed as the special assitant on sports to President Muhammadu Buhari, admitted that his generation of footballers were all deserving of the award.

On two occasions, Amokachi came close to winning the crown, but was denied by George Weah of Liberia in 1995 and Kanu Nwankwo in 1998, finishing third in the rankings.

The Bull, as he was fondly called, buttressed his point by comparing himself with former teammate, Austin Jay-jay Okocha, who was severally backed to win the title during his playing days but never won it.

“I would have been honoured to have won it,” said Amokachi during a question and answer programme on Brila FM as monitored by CSN on Monday.

“I was blessed to have played football during the best of generations and anybody that won it deserved to win it, that’s just the truth of it.

“Somebody like Jay Jay Okocha that didn’t win it who is Daniel Amokachi to complain.”

Okocha, an attacking midfielder who was known for his aesthetic style of play, played alongside Amokachi and other Nigerian greats, winning the 1994 Africa Cup of Nations and 1996 Atlanta Olympics football event.

Asked who was the better player between himself and Okocha, Amokachi said he was definitely better when it comes to the art of the game.

”When it comes to art and guile I’m far better than him,” he said.

“But when it comes to quality of football of course Jay Jay is above me. It’s not a hidden thing or pride, it’s about saying what is real.”

Amokachi has also served as an assistant manager of the Super Eagles.

How Nigeria can achieve transformation – Buhari