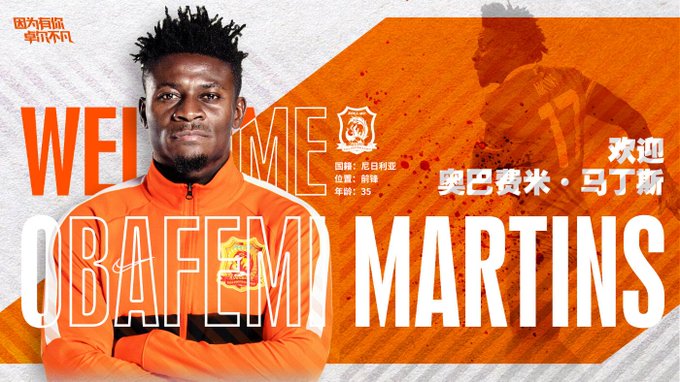 The 35-year-old signed a one-year deal with the side as a free agent.

Martins’ contract with Shenhua was terminated last week after the forward failed to deliver.

He had rejoined the club for a second spell at the start of the new season in July, but did not score a goal in four league appearances.

The well-travelled forward previously featured for clubs in Italy, England, Germany, Russia, Spain, and the United States of America.

Wuhan Zall occupy the fourth position in the Chinese league Group B table with 16 points from 11 games.

Martins is in line to make his debut for Wuhan against Chongqing Dangdai.