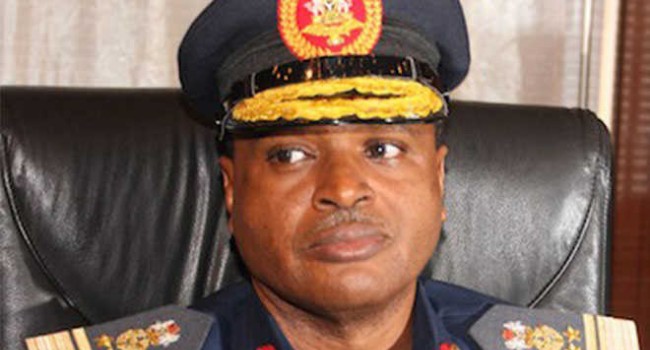 The Air Force disclosed this in a statement signed by its Director of Public Relations and Information, Air Commodore Ibikunle Daramola, in Abuja, on Tuesday.

According to the statement, the development became necessary owing to recent promotion of senior officers as well as retirements.

Others are: “AVM Charles Otegbade has been appointed as the College Secretary, National Defence College while AVM Rufus Ojuawo is taking over as the Chairman Air Expo and International Liaison Secretariat.

“AVM Musibau Olatunji is now the Director of Air Engineering at HQ NAF, while AVM Peter Uzezi has been appointed as the new AOC Mobility Command.

“AVM Musa Tanko is to take over as Director of Space Utilization at DHQ while AVM Musa Muktar has been redeployed as the new Chief of Aircraft Engineering at HQ NAF.

“Air Cdre Abraham Adole has been appointed as the Principal Air Staff Officer to the Chief of the Air Staff, Air Cdre Ayodele Laoye as Director of Procurement and Gp Capt Jika Sanda as the Director of Legal Services HQ NAF.”

The redeployed senior officers, according the statement, are asked to take over their new offices not later than 25 January 2019.