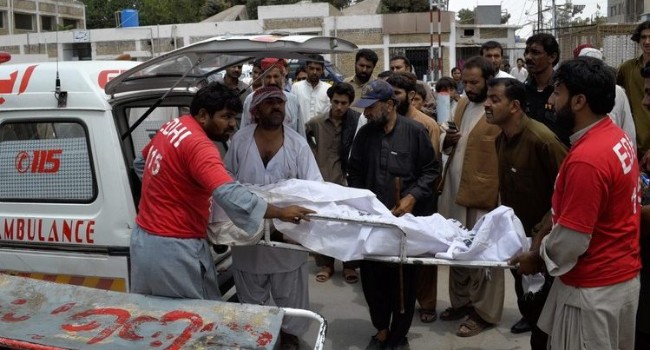 Militants wearing security force uniforms have killed 14 passengers on Thursday enroute from Pakistan’s largest city, Karachi after after stopping two buses and ordering them out of the vehicles.

Balochistan provincial police chief Mohsin Ali Butt told CNN that 15 to 20 attackers stopped the buses near the town of Ormara, in the south of the province.

‘’The militants ordered 14 out of the total passengers to disembark and shot them at close range before escaping. “This was an act of targeted killing,” he said.

The bus killings happened just days after a bomb claimed by a Sunni Muslim militant group ripped through a fruit market in the Balochistan city of Quetta, killing 20 people.

Prime Minister Imran Khan expressed sympathy to families of the victims and vowed maximum efforts to bring the perpetrators of the barbaric act to justice.