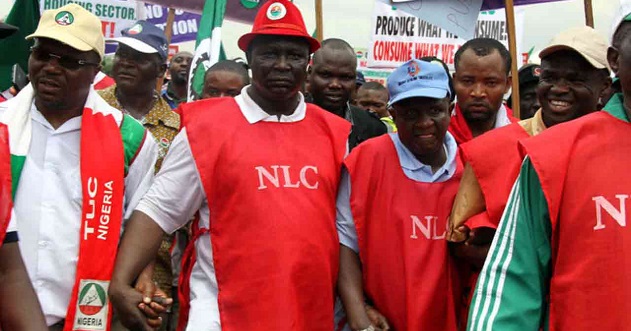 The Manufacturers Association of Nigeria (MAN) has said that the Nigeria Employers Consultative Association (NECA) is not its representative at the tripartite committee set up by the federal government over the issue of the minimum wage review.

The association confirmed that the organised private sector (OPS) has two representatives who have duly communicated the agreements reached on the position of the private sector to the federal government.

This is coming on the heels of the declaration by NECA, that it has cut its proposal to N25,000 from its earlier N42,000 presented to the Tripartite Committee on National Minimum Wage, as the new national minimum wage.

President of MAN, Frank Jacobs, made the clarification in Lagos, while revealing plans for the association’s 46th Annual General Meeting scheduled to hold on the 26 and 27 of September, 2018 in Lagos.

Jacobs said: “First, I’d like to correct an impression that it is not NECA who is representing OPS at negotiation of the minimum wage. MAN has 2 representatives at the committee set up by the government, and the OPS have a position, we came together and harmonised our position and agreed on a specific amount we are able to pay and we communicated that to the government. I will not divulge until you get the information from the government. What government is trying to do is harmonise various positions they have received.

On the forthcoming AGM, the president also revealed it to be his last, as he bows out of a 4-year tenure he assumed in 2014.

“The two-day event provides opportunity for experts and Chief Executives of manufacturing concerns in Nigeria to evaluate the performance of the manufacturing sector of the economy in the past one year. I will be completing my four-year tenure as President of the Manufacturers Association of Nigeria and my successor will commence his tenure as the 10th President of the Association for the next four years after the Manufacturers Annual Lecture/Presidential Luncheon taking place on Day 2 of the AGM”.

The meeting will also avail the association an opportunity to discuss with the CEO of Bureau of Public Procurement (BPP), Procurement Officers of Ministries, Departments and Agencies of Government on ways to achieve the executive order on Support for Local Content in Public Procurement by the Federal Government.

Zainab Ahmed will be substantive Minister of Finance — Presidency