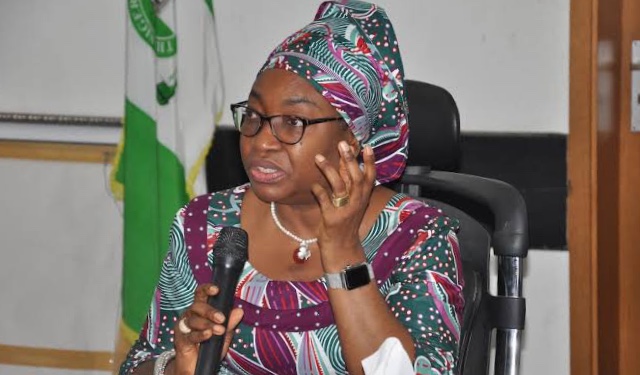 A committee to negotiate the consequent adjustments to be made as result of the new minimum wage has been inaugurated by the Federal Government.

The committee has the Head of Service of the Federation, Mrs. Winifred Eyo-Ita as Chairman.

The Secretary to the Government of the Federation, SGF, Boss Mustapha, while inaugurating the committee, said the committee has four weeks to complete its assignment with the inaugural meeting scheduled to hold on May 20, 2019.

He said: “Let me begin by conveying, the goodwill message of President Muhammadu Buhari , who has, from his first day in office in 2015, expressed deep interest in the welfare of workers and believes that if the government is to succeed in its fight against corruption, the Nigerian workers must be adequately remunerated.

“It is in fulfilment of Mr. President’s commitment to issues concerning the welfare of Nigerian workers that he inaugurated the Tripartite Committee on National Minimum Wage on November 27, 2017.

“The Tripartite Committee no doubt was painstaking in its assignment. Members met with various stakeholders and interest groups, visited every part of the country, holistically considered the state of the economy and finally came up with its recommendation of N30,000 as the new National Minimum Wage.

“To further demonstrate Mr. President’s unwavering commitments to the welfare of all Nigerian workers, he signed into law, the new National Minimum Wage bill.”

The ministers of Labour and Employment, Finance, Budget and National Planning, Health, Education and Attorney General of the Federation and Minister of Justice, are also members of the committee.