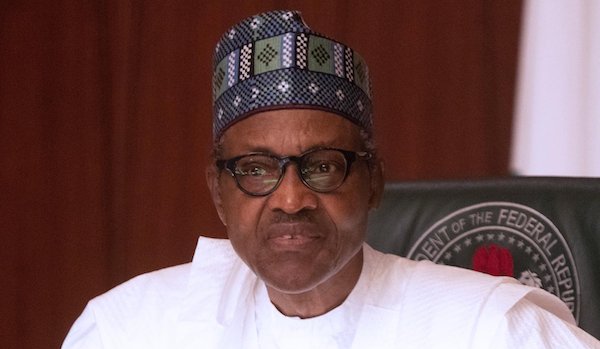 John wooden once said, ” you are not a failure until you begin to blame others for your mistakes.” This seems to be the narrative in the gear of game blame in the next level train of the country where the presidency seems to continue to blame the victims of Boko Haram, Libya, opposition parties and people with dissent voices for the security breakdown in the country.

President Muhammadu Buhari, had on 12th February, 2020, while on a condolence visit to the viticms of Boko Haram at Anuo village, Maduguri, Borno State alleged that the people in the community are aiding Boko Haram attacks in their village by cahooting with the terrorists to rain terror on their people.

This came months after the Special Assistant to the president on media and publicity, Femi Adesina had blamed the Christain Association of Nigeria (CAN) for promoting terrorists activities by demanding the president’s prompt action in what they described as “the killing of Christains in the North East.”

Similarly, the presidency accused the opposition parties of politicising the killings in the country while at the same time giving strong blow to the Northern Elder Forum (NEF) for passing a vote of no confidence in preseident Buhari on February, 2020.

Infact, the presidency did not only stop at condemning their vote of no confidence but also went further to describe the organization as a qausi one headed by a general without troop. This then raises question as who is truely the general without troop between Ango Abdullahi and President Buhari?

The section 14(2)(b) of the 1999 Constitution of the Federal Republic of Nigeria, as amended 2011, states that the security and welfare of the people shall be the primary purpose of government. By interpretation, the primary responsibility of president Buhari is safety of live and property of Nigerians irrespective of the circumstances.

While campaigning in 2015, the president promised to defeat Boko Haram before the end of his first term in office, fight corruption, uplift millions of Nigerians out of poverty among other fantastic promises made.

Infact, these were the core reasons Nigerians voted for the president in 2015. Some people on the day of the election were so excited to the extent that they referred to the president as their saviour.

For instance, some people in the north east were so confident in Mr President to the extent that they see him as the only Messiah that can deliver them form the hands of the Boko Haram not knowing that it will get to a stage where the president will look into their faces and accuse them of colliding with the terrorist.

In a civilzed society where people honour their words, the president ought to be ashamed of saying anything related to that in the community not to talk of blaming the victims of the attack, their leaders or relatives for the terror rained on their villages by the Boko Haram terrorist.

Before the attack on Anuo village, there have been several reports on how some community leaders were killed in the process of trying to report the operation of Boko Haram while some were murdered few days after reporting their activities to the security agants. The same thing is applicable to the members of the community.

Read also: The fading power of the Columnist

Infact, some of them even believe that there are informants within the system that link out their identity after reporting the sect to the security agents. This is complicated by the daily increase of illiteracy, poverty, unemployment in the country.

Just of recent the world Bank reported that 87 percent of the poor people in Nigeria live in the North. This is not talk of millions of alimajeris that are available to gather information, process them and send them to the Boko Haram for smooth operation because of food.

This is worsened by the high level of corruption in the military. In 2017, there was a letter believed to have been written by one of the soldiers fighting Boko Haram to the president where he alleged irregularities in the payment of their allowances, corruption in the purchase of arms given to them to fight the terrorist, among others.

No wonder, the reports of repeling Boko Haram attacks or exchange of guns seems to be the most popular news in in the country. While in an ideal situation it ought to be the opposite.

Though, the war against terrorism is not an easy task because of their mode of operation which makes them take cover among the civilians after lunching attacks but at the same time, it is in order to solve this problem that the government exists.

In order to ensure that no government justifies its failure on any ground, the Constitution gave the monopoly on weapon to the state and placed the formation of military and paramilitary on the exclusive list.

So, in the interest of the nation the president should stop his blame game and focus on how to move the country from the land of problems to the promised land so that the country can regain her rightful position in the comity of nations.