Home » Politics » My husband’s life is in danger, Sowore’s wife cries out 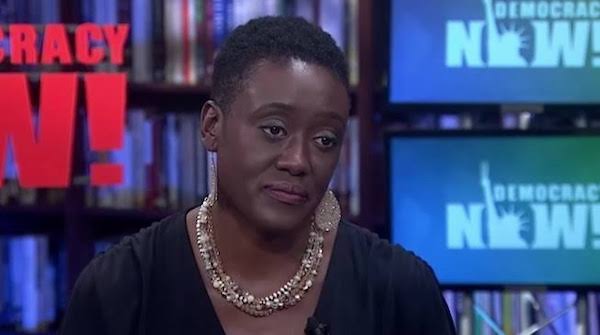 Opeyemi, the wife of the convener of #RevolutionNow, Omoyele Sowore, has urged the United States government to intervene in her husband’s plight in the hands of the Nigerian secret police, saying his life was in danger.

Sowore and his co-defendant, Olawale Bakare were re-arrested by operatives of the Department of State Services (DSS) within the premises of the Federal High Court, Abuja, Friday.

The duo were re-arrested just 24 hours after they were released by the DSS on order of Justice Ijeoma Ojukwu.

Sowore and Bakare were arraigned on charges of treasonable felony by the DSS.

Addressing a press briefing in the US at the weekend, Mrs. Sowore said her husband’s life might be in great danger unless the President Donald Trump intervenes in the matter.

Mrs. Sowore insisted that her husband’s re-arrest was a show of lawlessness and a gross disregard for the rule of law.

She said: “After over 125 days of my husband being in detention illegally, he was finally set free.

“He got to speak to myself and the children. For the first time, we got to see his eyes when we spoke to him.

“I haven’t told them yet that he was rearrested. I was truly shaken to my core what I witnessed this morning. I was woken up by 4:00 a.m. what I call truly outrageous and a gross disregard for the rule of law.

“My husband was strangled and forcefully removed from the courtroom. The judge had to run and hide for her own safety. How do I tell my children who, after 125 days, have for the very first time spoken to their dad and seen his face that he is again in detention and he may not be coming home for Christmas? How do they understand this? Where do they go from here?”

“I’m truly afraid for his life and at this point, I believe the only way to bring him home is with the help of the United States.”