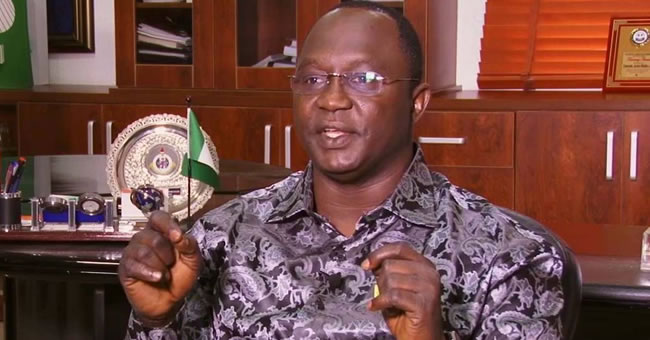 The organised labour on Thursday responded strongly to a threat by governors to sack workers in the employ of state governments if they are to implement the disputed proposed figure of N30,000 as new national minimum wage.

Organized Labour, in its response to the NGF Chairman, Abdulaziz Yari, said it is restating its directive to Nigerian workers to vote out any public office holder who fail to implement the new minimum wage.

“We hereby reiterate our directive to Nigerian workers to vote out any politician or political party that refuses to pay the new national minimum wage of N30,000. We shall continue to consolidate our efforts to strengthen already existing platforms and structures to give teeth to our resolve to vote out anti-labour governors and politicians in the forthcoming 2019 general election”, Ayuba Wabba, President of the Nigeria Labour Congress said in the statement on Thursday.

Wabba also explained that the threat to retrench workers because of the minimum wage as agreed by the tripartite committee is an invitation to anarchy a the grievous consequences.

Continuing, Wabba said in the statement that the threat of sack is not new in the struggle for review of the national minimum wage in Nigeria and that the N30,000 was a product of intense and robust negotiations at the National Minimum Wage Tripartite Negotiation Committee which lasted for one year between November 2017 to November 2018.

President of the Nigeria Labour Congress, It would be recalled that Governor Yari, while briefing journalists after an emergency meeting of the governors on Wednesday in Abuja, claimed that the N30,000 minimum wage would make states bankrupt and that
only Lagos State can afford the new wage regime if implemented.

According to him, state governors were finding it difficult to pay the N18,000 already in force.

Wabba however frowned at the statement, saying the governors were part of the negotiation that lasted for about a year before arriving at a compromised figure of N30,000.

The statement reads: “The attention of the Nigeria Labour Congress (NLC), Organized Labour, the Working Class, Pensioners and their families have been drawn to a statement credited to the Chairman of the Nigeria Governors Forum (NGF), Alhaji Abdulaziz Yari, the Governor of Zamfara State threatening to sack workers on the account of the New National Minimum Wage of N30,000.

“At the National Minimum Wage Tripartite Negotiation Committee, State governments were represented by six states, one state from each of the six geo-political zones of Nigeria. A letter was sent by the Tripartite Committee to every state to send in their memorandum as their input to the national minimum wage negotiations. It is on record that 21 States responded by sending memoranda with figures.

“Subsequently, public hearings were conducted in each of the geo-political zones in the country. The State governments were all represented at the zonal hearings and made their input to discussions towards a new national minimum wage.

“The demand of organized labour was N66,500. From the memoranda submitted to the National Minimum Wage Tripartite Negotiation Committee by State governments, there were proposals by some states to even pay higher than the negotiated national minimum wage of N30,000.

“After extended and extensive negotiations by the Tripartite Committee, a final compromise figure of N30,000 was agreed by all the partners – Government, Organized Labour and Employers in the Private Sector.

“This agreement took on board prevailing economic indices and factors especially as outlined in Convention 131 and Recommendation 95 of the International Labour Organization (ILO) Convention on Criteria and Procedure for Collective Bargaining especially towards arriving at a National Minimum Wage for any country.

“It was on the basis of this agreement that the National Minimum Wage Tripartite Negotiation Committee concluded its work and submitted its Report to Mr. President on the 6th of November, 2018. This ended the process of negotiations for a new national minimum wage for Nigerian workers.

“The statement of Mr. AbdulazizYari purportedly for the Nigeria Governors Forum, one year after the inauguration of the National Minimum Wage Tripartite Negotiation Committee, is certainly an after-thought and has no place in the collective bargaining process.

“We understand that Mr. Yari Abdulaziz’s position is at the instance of a few anti-worker governors. We are not in any doubt that many worker-friendly governors are ready to pay even higher than the negotiated N30,000 new national minimum wage.

“In view of the foregoing, Organized Labour wishes to firmly reiterate its stand as follows:

“The 1999 Nigerian Constitution (as amended) recognizes individual states in the Collective Bargaining Process NOT Nigeria Governors Forum. The states, like the other social partners, have already defended their positions during negotiations at the National Minimum Wage Tripartite Negotiation Committee vis-à-vis counter proposals;

“The threat to sack workers is not new in the struggle for review of the national minimum wage in Nigeria. Therefore, the current one by the Governor of Zamfara State cannot be used to intimidate labour. The consequences of workers retrenchment are too grievous for any political office holder truly elected by the people to contemplate;

“We propose that since a few political office holders are bent on enslaving Nigerian workers with peanuts mislabeled as salaries, we urge such elected public officials to subject their humongous salaries and allowances, reputed to be among the highest in the world, pro rata with the minimum wage they want to force down the throats of Nigerian workers. We, therefore, urge each State Governor to go to their respective states and inform workers and their families their individual position on the new national minimum wage of N30,000;

“Alhaji Abdulaziz Yari should desist from using the platform of the Nigeria Governors Forum to seek political relevance. His tactics of blackmail against workers is already time worn and the stench is already offensive;

“The leadership of the Nigeria Labour Congress and Organized Labour urge workers to remain steadfast and firm on our rights to decent wages and improved living conditions. To the oppressors, we have only one answer for you – We will never sleep on our rights!

“We hereby reiterate our directive to Nigerian workers to vote out any politician or political party that refuses to pay the new national minimum wage of N30,000. We shall continue to consolidate our efforts to strengthen already existing platforms and structures to give teeth to our resolve to vote out anti-labour governors and politicians in the forthcoming 2019 general election;

“Finally, organized labour and Nigerian workers call on President Muhammadu Buhari to be wary of some people, especially in the Nigeria Governors Forum because they are … for selfish and personal reasons, to present him as an anti-worker President and by extension orchestrate anti-Buhari sentiments in the populace.

“In light of this, we call on him to speedily present to the National Assembly the bill on the National Minimum Wage for appropriate amendment and implementation.”