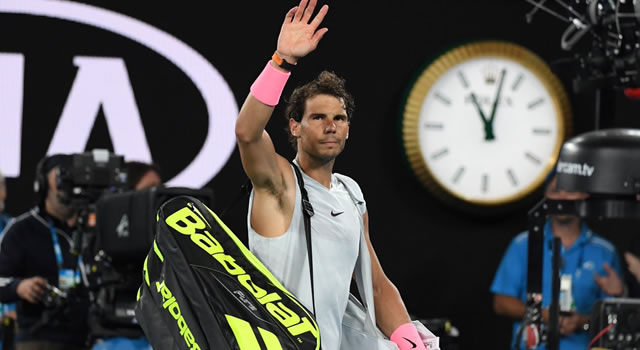 World no. 1, Rafael Nadal retired hurt in the fifth set of an epic Australian Open quarter-final match against Marin Cilic who now books a semi-final clash with Kyle Edmund.

Nadal was forced to hobble off with a leg issue in the deciding set, with Cilic leading 2-0 in the fifth after a gruelling near-four-hour contest.

It was only the second time in 264 Grand Slam matches that Spaniard Nadal has retired – the last being against Briton Andy Murray in the quarter-finals of the 2010 Australian Open.

“In the fourth at one movement, one dropshot I think, I felt something. At that moment I thought something happened, but I didn’t realise how bad, how bad was what’s going on in that moment,” Nadal said after pulling out.

“Yeah, I worked hard to be here. We did all the things that we believed were the right things to do to be ready. I think I was ready… Yeah, I was playing a match that anything could happen: could win, could lose. I’m being honest. He was playing good, too.

Croatian Cilic will now face Briton Edmund in the semifinal of the Aussie Open.