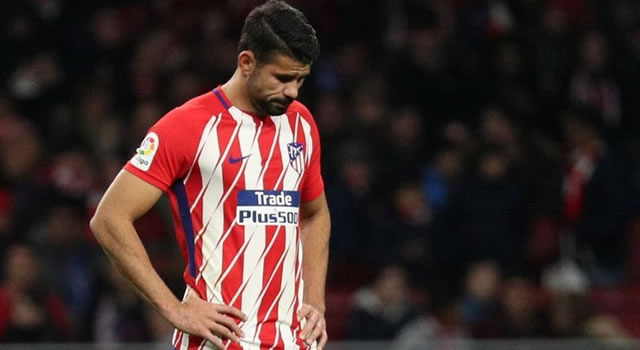 Atletico Madrid striker Diego Costa has been ruled out for 10 days after picking up a hamstring injury in a 1-1 draw with Girona in the La Liga on Saturday.

The Spain international is set to miss the midweek Copa del Rey return match against Sevilla while also sitting out the forthcoming La Liga match against Las Palmas.

Tests were carried out on the 29-year-old after he was forced off during the clash with Girona, and he has been evaluated to be sidelined for a week and four days.

The former Chelsea striker have scored three goals in five appearances for Atleti since his return to Spain.

Costa has already sat out one match since his debut after he was dismissed in the 2-0 win at home to Getafe earlier this month.

Atletico will face Sevilla on Tuesday, as they trail 2-1 from the first leg, and the winner on aggregate will advance to the semifinals of the competition.