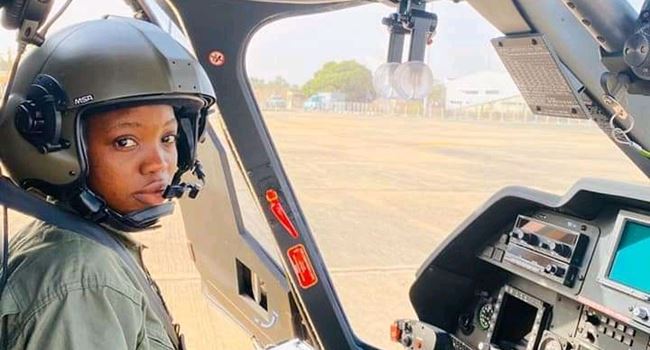 The Nigerian Airforce has lost a pioneer female combat helicopter pilot, Flying Officer Tolulope Arotile who died on Tuesday from head injuries after a road traffic accident at NAF Base, Kaduna.

This was made known in a memo published on the official social media handle of the Nigerian Airforce.

The young officer who hailed from Kogi state was commissioned into the force in September 2017 and has been recognized for her gallant contributions in efforts to rid Nigeria’s North Central states of armed bandits and other criminal elements.

Over 200 doctors in Lagos infected with COVID-19 —Medical Guild