Home » Latest » NASS REPUBLIC: Ekweremadu’s jabs at Gbajabiamila. Two other stories and a quote to remember 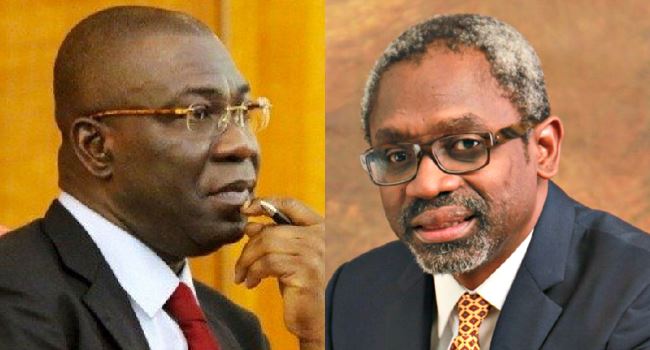 Senator Ike Ekweremadu is a man known for pulling punches often but last week he did the uncommon when he hit Femi Gbajabiamila below the belt. At the centre of the face-off was a certain ‘Infectious’ bill which the former alleged was more dangerous than COVID-19.

Perhaps, no bill brought recently before the National Assembly has gained more attention than the Control of Infectious Diseases bill, 2020, sponsored by the Honourable Speaker of the House of Representatives, Gbajabiamila, and other two members namely, Pascal Obi and Tanko Sununu.

The 47-page controversial bill hurriedly passed the first and second readings at the floor of the House in April. And, this was allegedly done without providing members copies of the legislation until motives of the sponsors were investigated. Hell has since been let loose after lawmakers discovered to their chagrin that there were many contentious provisions.

While featuring in a radio programme ‘Political Voices’ in Enugu, last Friday, the immediate past Deputy Senate President, Ekweremadu, asserted that the bill was not likely to be passed as it was inconsistent with the provisions of the constitution.

“Let me use this opportunity to reassure Nigerians that the bill as presently presented will likely not be passed by the National Assembly; a lot of parliamentarians have lined up to oppose it,” he affirmed.

Ekweremadu did describe the bill which seeks to replace the Quarantine Act of 1926 as more dangerous than the COVID-19 pandemic it intends to help tackle.

This is not unconnected with the scary details in the bill which tend to stigmatise and criminalise infectious diseases and confer the Nigeria Centre for Disease Control (NCDC) Director-General extra-constitutional powers including over and above that of security agencies on issues that deal with law and order, above the courts in judicial matters.

It also appears to make nonsense of the federal structure, personal liberty and privacy of citizens. More troubling is Section 30 of the bill which supports forceful vaccination against a person’s choice. Subsection 2 specifically states: “Notwithstanding subsection (1) (b), a Port Health Officer may require such a person to undergo vaccination or other prophylaxis and may subject him to isolation or surveillance for such period as the Port Health Officer thinks fit.” Also intriguing is the power to confiscate and turn a property in any State of the federation into an isolation centre.

These, unfortunately, are a far cry from what Gbajabiamila noted was the objective of the bill, viz to “build on what is already in existence to achieve a particular objective of strengthening our health work and the management of our public health.”

Ekweremadu may have his minuses but his straight shots at Gbajabiamila fits perfectly into public expectations from the country’s lawmakers. And, what are these? The primary concern of many is constructive engagement and focus on matters of overriding national interest.

A bill which confers discretionary powers on a government appointee and ridicules the rights of citizens is, indeed, one which must be subjected to the most frugal debate and scrutiny.

Going back to the drawing board and addressing all the loopholes in the bill while engaging in critical consultation with key stakeholders, especially those in the health sector, should be top priority for Gbajabiamila and his team. Nigeria cannot afford to walk this road ridden with deadly potholes.

“When you want to deal with a matter, you go to the head, so we will go to government and ask this government to resign because they can no longer do anything?”

The Police is, indeed, your friend!

Last Thursday saw a highly disappointed and displeased House of Representatives members calling for an establishment of a special task force to ensure strict adherence to the ongoing interstate lockdown. This move was initiated by the House Minority leader, Elumelu Ndudi at a plenary presided by the House Speaker, Femi Gbajabiamila.

“The House notes that while the restrictions on the interstate is supposedly ongoing, Nigerians are assailed daily with troubling images and videos of people travelling across the length and breadth of different states of the country, which is a clear violation on the presidential order on travel bans.”

Read also: NASS REPUBLIC: The bungling Health Minister. Two other stories and a quote to remember

Ndudi’s observation led to the House mandating relevant House Committees to work closely with the Police and other security agents in order to investigate their alleged complicity and discover productive ways of checking the lapses.

It is rather disappointing that security agents across States of the federation appear to be working hand-in-glove with people to flout the lockdown rule. Known for its various investigative probes, it would be interesting to see how the lawmakers are able to dig at this issue with reasonable results at the end.

Until then, Nigerians can only hope and pray that the exponential increase in the number of confirmed cases of coronavirus do not translate into unacceptable deaths, occasioned largely by the reckless attitude of some shameless members of our security forces. 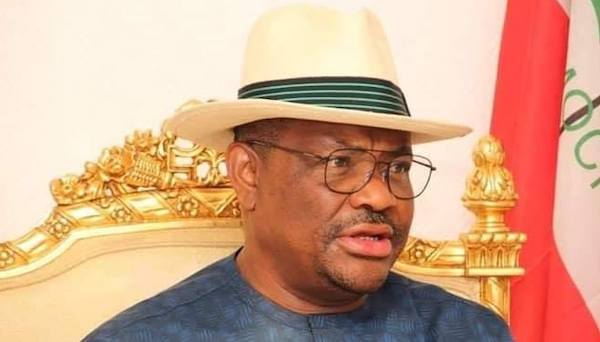 The reports of mysterious deaths in Bonny Island, Rivers State is giving the House of Representatives deep worries. In what many may term a swift move to avert another occurrence of mass deaths as witnessed in Kano, in April, the House, last week, directed the Nigeria Centre for Disease Control (NCDC) and the National Emergency Management Agency (NEMA) to address the situation.

This move was initiated after the House adopted the motion sponsored by Dagogo Doctor Farah and eleven other lawmakers from the oil-rich Niger Delta. The House called on the NCDC to immediately brief its Joint Committee for the necessary intervention of relevant government agencies and further legislative action.

Farah noted that 13 lives had been lost in the Island and that was after the unfortunate incident of the discovery of large quantity of dead fishes around the Bonny/Andoni shores. He revealed that the deceased exhibited symptoms such as loss of the sense of smell and taste, including weakness, stooling, fever, and vomiting.

These symptoms appeared to have doused tension as many thought that the deaths might be COVID-19 related.

While it is right to commend the Reps for laying bare the health hazard on the Island and mapping out measures toward arresting the dire situation, it would be good to see them follow through with their oversight functions and ensure that the NCDC and NEMA live up to their institutional responsibilities.

Indeed, they must come to terms with the overwhelming feeling by citizens that they, the lawmakers, have largely compromised on their oversight functions.

The statement was made by Enyinnaya Abaribe who represents Abia South Senatorial District in the Senate.
He made the statement on January 29, 2020 during a plenary, while the Senate discussed a motion on national security challenges and the need to restructure the nation’s security architecture. The Senator was disappointed with what he termed the federal government’s resort to ‘propaganda’ in communicating the true state of the war against Boko Haram in the Northeast region.

The Senate Minority leader is one of the most outspoken Peoples Democratic Party (PDP) Senators in the National Assembly.