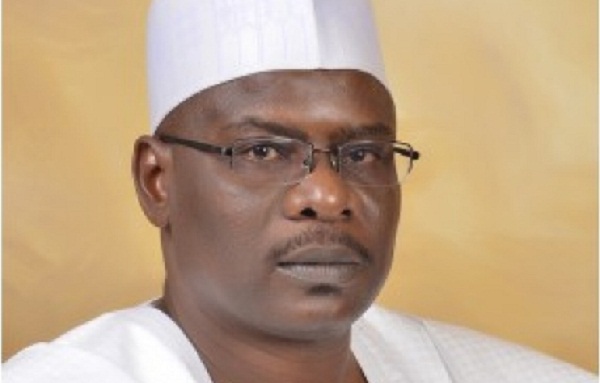 The Chairman, Senate Committee on Army, Senator Ali Ndume, has been at the fore-front for the prosecution of so-called ‘repentant’ Boko Haram terrorists.

Last week saw him reaffirm this stance in a more distinctive manner, and this formed the bedrock of discussions within the polity. Two other stories from the National Assembly also caught our attention. Read on.

On September 4, Senator Ali Ndume called for proper profiling of repentant Boko Haram insurgents who have dropped their arms with the intention to determine those with blood in their hands for prosecution.

Speaking in Abuja, Ndume said, among others: “…take them in, profile them, process them, investigate them, interrogate them and then those that have blood in their hands, they should be appropriately prosecuted.”

It is not common to find Nigerian lawmakers take principled stance on issues, and this is where Ndume clearly stands out. His consistency has seen him labeled as a man of conviction who is ready to defend his position without fear or favour.

The Senator from Borno State, the hotbed of the Boko Haram insurgency, should know better. Is it not said that he who feels it knows it? And, he does sound very credible as many of the stories he has shared regarding the atrocities committed by ‘repentant’ terrorists are relatable.

READ ALSO: NASS REPUBLIC: Hey! Omo-Agege, what did you say? Two other stories, and a quote to remember

Ndume’s unfinished task is to ensure that the works of his committee and the views canvassed therein are sold to the larger house to have a general buy in. Until this is done, he may sound as a lone voice in the wilderness.

Who said;
“It is quite possible that if our revenue mobilisation architecture is sufficiently safeguarded against leakages, it is possible that Nigeria may not need to borrow as much as it is currently borrowing. But for now, in the absence of those blockages, we would either scale down our aspirations in terms of what we want to do, or we look for alternative means. That is the reality and there is no shying away from the fact?”

Sack of Ministers a distraction?

The Minority Caucus of the House of Representatives, led by Hon. Ndudi Elumelu, on September 2, asked President Muhammadu Buhari to tackle the worsening insecurity in the country instead of sacking two Ministers to divert attention from his failures.

Buhari had, on September 1, sacked the Minister of Agriculture and Rural Development, Mohammed Nanono and Minister of Power, Saleh Mamman for alleged underperformance.

The lawmakers, in a statement, described their sacking as “a diversionary strategy to divert public attention from the myriads of failures of the All Progressives Congress-led administration in the past six years.”

The submissions of the Elumelu-led caucus, while being welcome as an exercise of their constitutional rights, cannot, however, detract from the rights of the President to deal with the matter of performance of his team members.

At the heart of the issue, though, is the importance of instilling peer review as a culture of governance, rather than the late action that appears an after thought.

Elumelu and his team must share in the collective guilt of not acting right and proactively to ensure that supposed dead woods in the administration are not allowed to stay a day longer in office.

On September 1, the Benue State Caucus of the Peoples Democratic Party (PDP) in the House of Representatives berated the Minister of Special Duties and Intergovernmental Affairs, Senator George Akume, for calling for a State of emergency to contain the killing by suspected herdsmen in the State.

Speaking on behalf of the lawmakers, in Abuja, Hon. Mark Gbillah said: “It is pathetic that the person of Akume who has benefitted greatly from the Benue people can call for emergency rule in Benue State and invite soldiers to further rape and maim our people.”

It has become increasingly clear that Benue’s political elites are at daggers drawn, not necessarily because of concerns for the larger good, but because of the race to install power structures that will convey advantage to the contestants ahead of 2023.

The raging polarization must, therefore, be put in proper perspective and captured as a jostling for power which has now led to the abandonment of governance.

In both cases, it must be said that the Buhari-led administration has failed woefully to deliver on its primary responsibilities of ensuring security and welfare of citizens while Governor Ortom has similar questions to answer for the abject poverty and instability that rules the state.

For Akume, it is unfortunate that his blind loyalty for leadership cannot help him see through the worsening decay in the economy and general insecurity.

While the fighting goes on between the political camps, the people of Benue bear the consequences with their lives.

Answer: Senator Olubunmi Adetunmbi
Adetunmbi made the statement in December 2019, on the floor of the Senate, during a deliberation on a $29.96bn loan request sent by President Muhammadu Buhari for consideration and approval. He is the Chairman, Senate Committee on National Planning and Economic Affairs.

NASS REPUBLIC: Frantic defence of ‘jumbo budget’. Two other talking points, and a quote to remember

NASS REPUBLIC: Fighting Buhari for press freedom. Two other stories, and a quote to remember