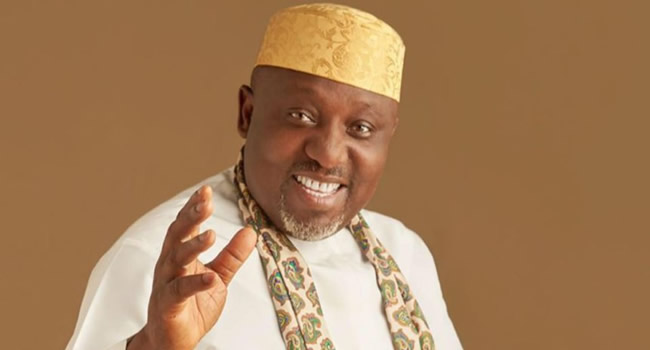 It has been interesting watching Senator Rochas Okorocha, a ranking member of the ruling All Progressives Congress (APC), speak up on the glaring failures of the Muhammadu Buhari-led administration.

The former governor of Imo State, last week, repeated the earlier knocks he had dealt the Buhari government.

A display of Okorocha’s new love or passion wasn’t the only thing of interest last week though. Two other stories helped to fuel national discourse, and we serve you these and more.

On June 2, Senator Okorocha expressed deep regrets that President Buhari had not been able to fulfil his core campaign promises, especially on insecurity.

Speaking in Abuja during a meeting with a group, Nigerians in Diaspora Association in South Africa, he said, among others: “It was on this basis also that Jonathan lost election and Buhari became President for two reasons: (first) that Buhari was going to jail all the corrupt people in Nigeria, like he did when he was military Head of State and (second) that he will stop Boko Haram – that was the situation back then…But today what is threatening the unity of Nigeria – polarisation of the country.”

Coming barely a month after attempting to hold his party accountable, Okorocha’s new found love of hitting hard at Buhari is laden with several interpretations.

It is either the scales have fallen off his eyes or that he wants to sufficiently muddle the waters before making his exit from the ruling party.

He, however, receives public applause for daring to speak truth to power, even though his intentions appear far from being selfless.

Many are quick to remind him of his nepotistic reign in Imo that left the State thoroughly mis-governed and ruined from a failed attempt to install his son-in-law as a successor.

Only time will tell how Okorocha’s new posturing will impact his political future. For now, many view his fresh passion with suspicion.

NASS MEMORY LANE
Who said;
“We didn’t create cryptocurrency and so we cannot kill it and cannot refuse to ensure it works for us. These children are doing great business with it and they are getting results and Nigeria cannot immune itself from this sort of business. What we can do is to ensure bad people must not use it. This motion is most important to us. The time has come for us to harmonise all issues concerning cryptocurrency.”

The Minority caucus in the House of Representatives, on June 5, strongly condemned “in its entirety” the suspension of Twitter in Nigeria by the Federal Government, explaining that the action amounts to a clear violation of freedom of speech and other democratic rights and tenets as provided by the 1999 Constitution.

In a statement issued by the Minority Leader of the House, Ndudi Elumelu, titled ‘Reps Minority Caucus Condemns Suspension of Twitter,’ the group stated that the suspension “smacks of intolerance, insensitivity and aversion to the views, opinions and aspirations of Nigerian citizens, especially the youth, on matters of state.”

The response of the Elumelu-led minority caucus conveys eloquently the deep frustrations felt in the land due to the ban on the microblogging site, Twitter.

Already, agitations arising from the ban appear to be gaining momentum, creating more problems than it was assumed to solve.

Though the Presidency has declared that the ban is only temporal, Nigerians, whose means of livelihood depend on using the social medium, are left stranded, not knowing when the ban might be lifted.

The debate is on, and the government looks not relenting in its move to extract a pound of flesh from all the tech giants.

It would be interesting to see how it all pans out, especially with government claims that the leadership of Twitter has reached out to it while it has also demanded that all known tech giants must formally seek permission to do business in Nigeria.

Who blinks first? Nigeria or Twitter? The waiting game is on.

On June 3, two members of the House of Representatives from Imo State, Chinedu Martins, and Bede Eke, lamented the alleged continued extrajudicial killings, rights violation and destruction of property in the State.

The Federal lawmakers raised the issued separately. Martins, in a statement, asserted: “I am deeply pained by the recent happenings in our dear Imo State, where the unthinkable is happening with innocent lives being decimated, business activities crumbling and properties worth billions of naira destroyed with reckless abandon.”

Eke, however, addressed journalists on the killings stating that: “Recently in Imo State, so many issues and security challenges have been on and I want to tell you that we have had causalities; some of my constituents were killed and we expect the Police and the military to unravel the killers of these people. These are innocent citizens; I am aware that the families of these constituents of mine have written a petition to the Nigerian Army.”

READ ALSO: NASS REPUBLIC: Lawan, Gbaja; No more time for rubber-stamp assembly? Two other stories, and a quote to remember

It is rather unfortunate that the once peaceful Eastern Heartland – Imo State – is now a place of horror and terror.

As the moment, no day passes by without the news of assassination, and or attacks on Police stations, and INEC offices. Indeed, the murder of Ahmed Gulak, who was a former Special Adviser on Political Matters to former President Goodluck Jonathan, on May 30, in Owerri, appears to have created the biggest shock.

Nonetheless, the wailing by the Federal lawmakers, though right, is not enough. A lot of work needs to be done and this must begin with consensus building across party lines to find enduring solutions to the problem.

Whether Martins and Eke will walk this path, remains a thing of guess.

Answer: Senator Abiodun Olujimi
Olujimi made the statement on February 11, 2021, on the floor of the Senate. This was during a debate on the Central Bank of Nigeria’s (CBN), directive to deposit money banks and other financial institutions to deactivate all customers’ accounts used for transacting all forms of virtual currencies. The Senator represents Ekiti South Senatorial District.
By John Chukwu

NASS REPUBLIC: Lawan, Gbaja; No more time for rubber-stamp assembly? Two other stories, and a quote to remember