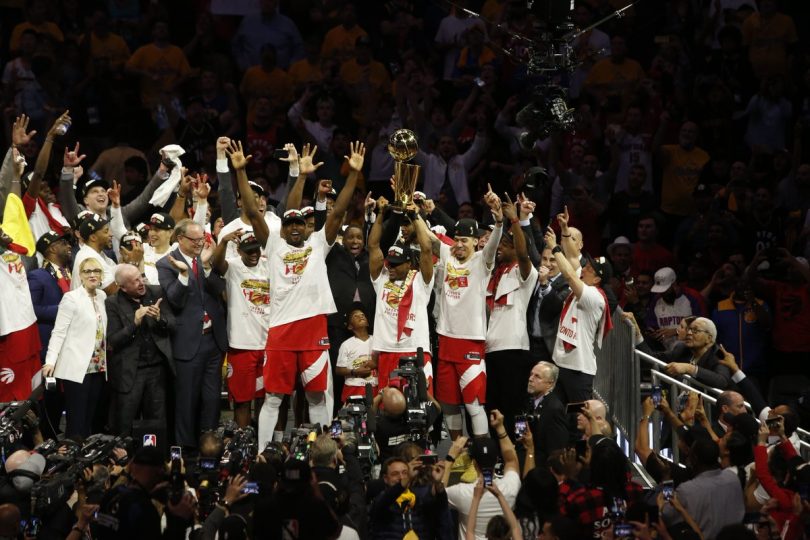 The Toronto team defeated the Oakland side 114-110 to emerge champions.

Kawhi Leonard was named the NBA Finals Most Valuable Player (MVP), averaging 28.5 points, as the Raptors won the best-of-seven series 4-2.

Leonard, formerly at San Antonio Spurs, joins Kareem Abdul-Jabbar and LeBron James as the only players to be named the NBA Finals’ MVP with two different teams.

“This is why I play basketball; this is what I work hard for,” said Leonard after his side clinched a first title in their 24-year history.

The Warriors, who had won three of the past four NBA titles, were without the injured Kevin Durant and lost Klay Thompson to cruciate knee ligament damage in the third quarter of the game.

Steph Curry had a chance to tie the series with a missed three-pointer when the Warriors trailed 111-110, before Leonard sealed the victory for the visitors.