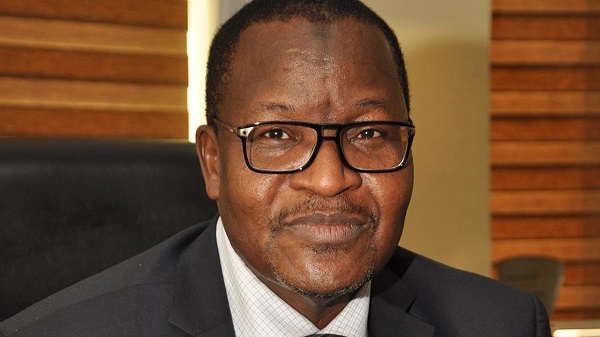 The remittance, according to the Executive Vice Chairman (EVC/CEO) of the commission, Prof. Umar Garba Danbatta, is in compliance with the Fiscal Responsibility Act of 2007 (FRA 2007).

A statement signed on Monday, by NCC’s director of public affairs, Dr Henry Nkemadu, said the payment represented “Payment on Account” in respect of operating surplus of N44 billion and N7.3 billion spectrum assignment fee collected, both of which were due to the Federal Government as at April 30, 2019.

According to the FRA 2007, such are to be made every year after preparation of audited accounts.

“Specifically, Section 22, Sub-section 1 of the Act states that, ‘Notwithstanding the provisions of any written law governing the corporation, each corporation shall establish a general reserve fund and shall allocate thereto at the end of each financial year, one fifth of its operating surplus for the year.’

“Section 22, Sub-section 2 of the Act states further that, ‘The balance of the operating surplus shall be paid into the Consolidated Revenue Fund (CRF) of the Federal Government not later than one month following the statutory deadline for publishing each corporation’s account.’

“Aside from remitting the operating surplus, Section 17, Sub-section 3 of the Nigerian Communication Act (NCA, 2003) also stipulates that spectrum assignment fees generated shall be remitted 100 per cent to the Federal Government.

“The section states that, ‘the commission shall pay all monies accruing from the sales of spectrum under Part 1 of Chapter VIII into the Consolidated Revenue Fund (CRF).’”

Commenting further, the EVC, Prof. Danbatta, said the commission had taken the initiative to be making payments into the account as it generates revenue.

He said the latest data released by the National Bureau of Statistics (NBS) showed that the telecoms industry contributed 10.11 per cent to Nigeria’s GDP in the first quarter of 2018.

“From 2001 till date, telecoms investment has increased tremendously from $500 million to over $70 billion, just as the commission intensifies measures aimed to further facilitate investment growth in telecoms infrastructure to drive the economy, especially through the licensed Infrastructure Companies (InfraCos).

“We are also working with necessary stakeholders across all levels of government to address identified impediments to investment drive in the sector,” Danbatta said.

“The commission has since placed greater emphasis on broadband development as the next frontier for economic growth by driving efficiency and innovations in Nigeria.

“Consequently, through painstaking implementation of our 8-point agenda, with the need to facilitate broadband development topping the agenda, we have been able to increase broadband penetration to 33.13 per cent as at end of May, 2019,” he explained.